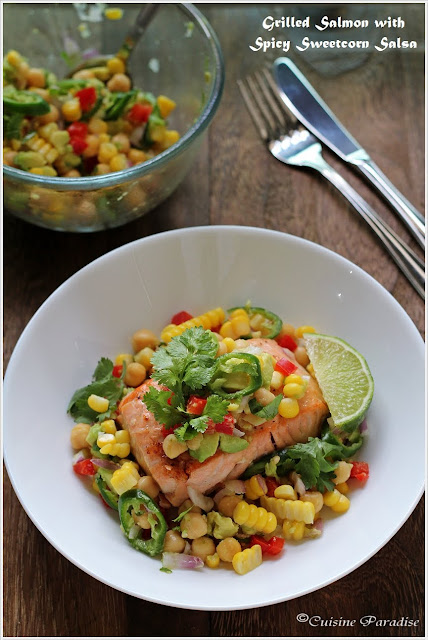 Corn also known as maize is one of the world's most popular and nutritious cereal crops. Corn is also used to make corn syrup, breakfast cereal, cornflour, corn chips, polenta, popcorn and etc. Also corn has similar benefits to wholegrains which is rich in carbohydrates, fibre and antioxidants.

Here we are cooking a grilled salmon dish with spicy sweetcorn salsa which is full of vibrant colours that would perk up your day. 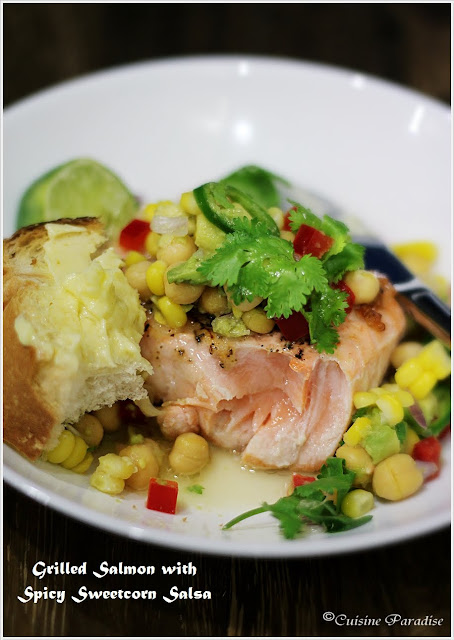 For this dish you could choose either salmon fillet or salmon belly which would be better in texture and taste. And if you could get hold of some white firm fish fillet such as snapper or Barramundi they could also be used for this dish too. 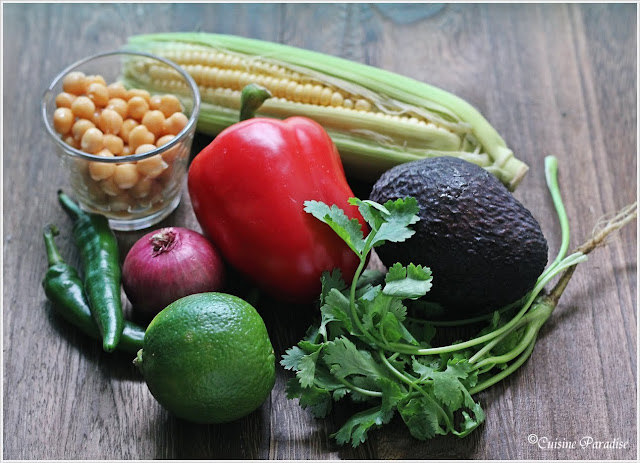 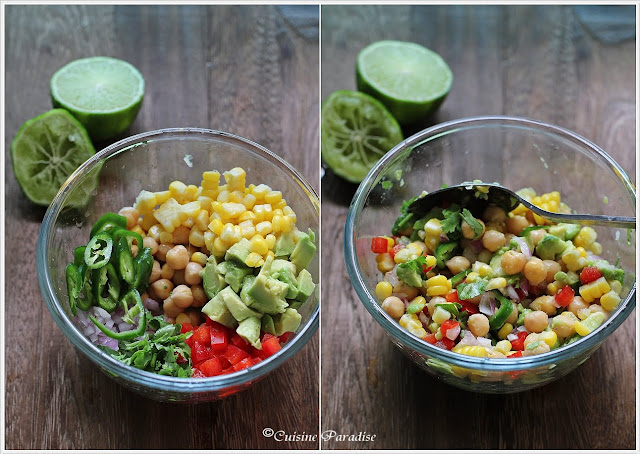 Method:-
1. Place corn in a pot of boiling water for about 3 minutes, remove and set aside to cool before using a sharp knife to remove the kernels.

3. Mix 2 tablespoons lime juice and 2 tablespoons olive oil in a bowl, season with salt and pepper before pouring it into the chickpea and corn kernels mixture. Toss to combine. 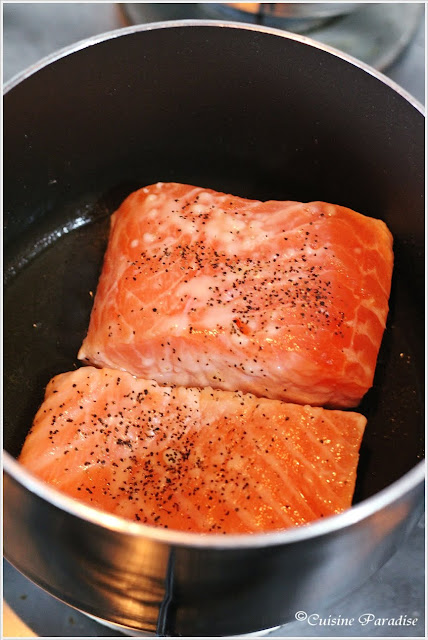 5. Season fish with salt and pepper. Cook in batches for 2 minutes each side or until cooked through.

6. Transfer to plate and drizzle with remaining lime juice.

7. Arrange fish between plates and top with salsa and coriander. Serve plain or with some crusty bread at side. 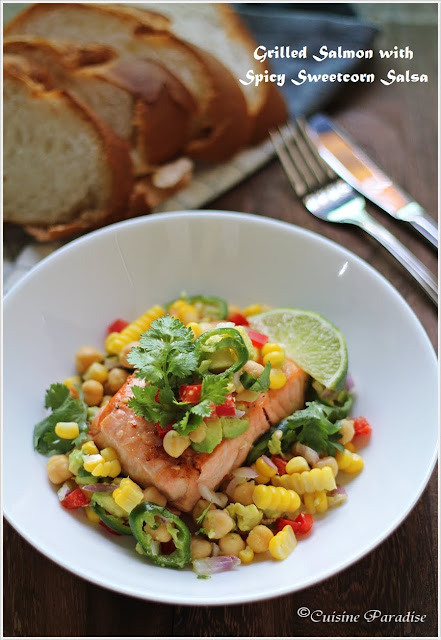 Apart from having this dish plain on it's own you could also serve it together with some crusty bread for a fuller meal which would be great with it different layer of textures and flavour. And for a more spicy taste, you could also replace the green chilli with the red with or without the seeds on.