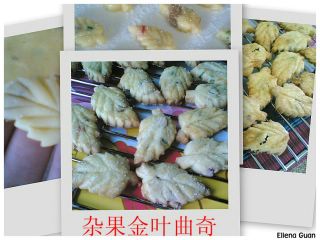 Chinese New Year is on coming Sunday so yesterday I managed to spend the whole morning making some two types of cookie. The one of top is the Mixed Fruits Butter Cookies which is made into leaf petal using cookie cutter. These butter cookies are very addictive and each bite is filled with bits of yummy fried fruits. 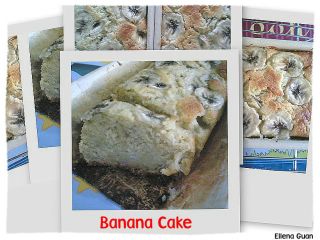 Although I don't really like banana as a fruit on its own but I am a big fans of Banana Cake and Muffin. I love the sweetness and wonderful aroma while the cake is still baking in the oven. Here we have another quick recipe from M4M website which I am sure your loved ones will come back for more after the first serving. 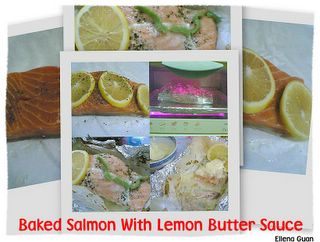 Get the inspiration of this dish from one of my friend's blog where she often prepares salmon dishes for her kids. This simple and yet delicious dish is super easy to prepare; you just need to rinse and pat dry the fillet then lightly season it with some olive oil, salt and black pepper. After which sent it into the oven or toaster and bake till done then drizzle with some lemon butter sauce or wasabe. 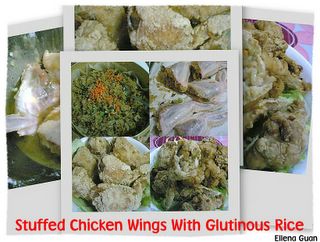 Actually there are a few version in preparing this stuffed chicken wing dish. The Thai style version often used ground meat and water chestnut as filled while some will replaced it with minced shrimp. Here I am using Steamed Glutinous Rice as stuffing which is much filling. The rice filling is yummy but you need to spend sometime to steam the glutinous rice, stuffing the de-bone chicken wings then deep-fry them.

Methods:
1. Preheat frying pan with oil, saute shallots until fragrant then add in the mushroom and continue to fry for another minute then pour in glutinous rice and carrots.
2. Give it a few stirs for half a minute then add in the seasoning except the sesame oil.
3. Stir for another minute until the seasonings is well mixed. Dish up into a steaming plate or bamboo basket and steam for about 40 minutes or until rice is soft and tender.
4. When the rice is done, stir in the spring onion, sesame oil, some pepper and light soy sauce to taste.
5. Cool the filling slightly before stuffing it into the chicken wing pocket. Coat them with beaten egg and corn flour then deep-fry until golden brown and serve.

Steps To Dedone Chicken Wings:
1. De-bone the chicken wings by bending backwards the joint between the drumstick and wing to loosen the tendons.
2. Then cut a ring around the top part of the drumstick and using a sharp knife, slowly scrape down against the bone to loosen the meat from the drumstick.
3. Always pushing back the skin as you scrape.
4. Now proceed to do that for the wing by first cutting off the bone of the drumstick and continue scraping down to the second joint, pushing back the skin and meat as you go.
5. Then carefully cut off the two bones of the wing and discard them.
6. Be careful not to pierce the chicken skin.
7. Repeat this for all the wings.
8. Now the chicken wings are ready for stuffing.

Notes: Marinated the chicken wing with some cornflour, pepper and light soy sauce for at least 30 minutes before stuffing in the glutinous rice.