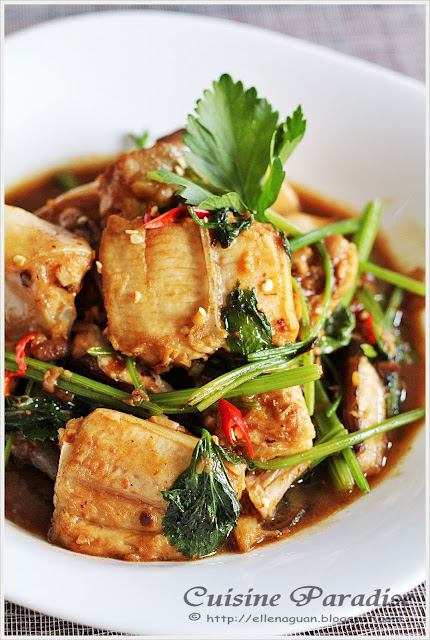 For most of us when we talk about "Stingray", the first picture that comes into our mind will be the popular BBQ stingray which is char-grilled and top with that delicious sambal chilli that makes you drool. Or the stir-fried chili with black bean sauce method that is found in most Mixed Vegetable Rice Stalls(Chap Chye Png - 杂菜饭). Even though stingray can be consider as one of the cheapest fish in the market but some people still hesitate to buy it due to it's rather "fishy" smell even after cooking. 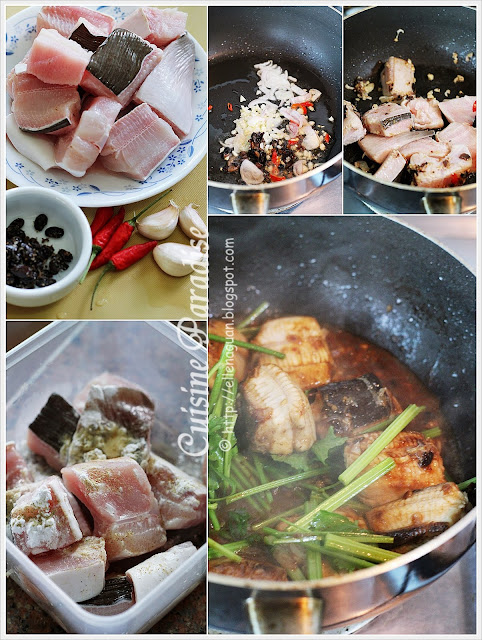 Here the fishmonger recommended me a "white-coloured" skin stingray which he said it more tasty and less “fishy” smell. So since we have not eaten this dish for a very long time, I decided to get some and follow mum's preparation steps for this recipe. 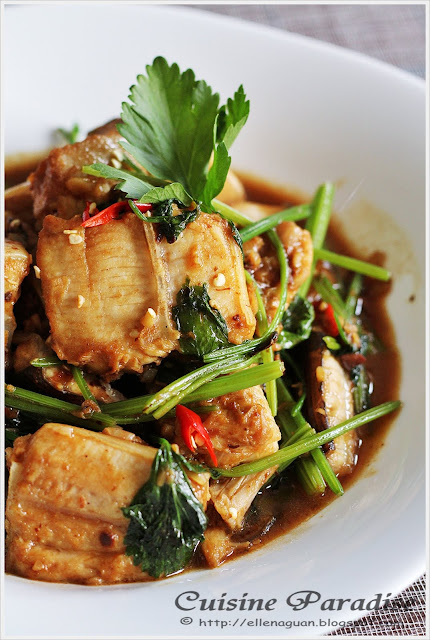 Method:-
1. Rinse and using kitchen paper towel to dry the stingray chunks before marinate it with 1/2 tablespoon of cornflour, dash of pepper and sesame oil, 1 teaspoon of light soy sauce and cooking wine for at least about 10 - 20 minutes prior cooking.

2. Next rinse and cut Chinese celery into 3 sections, divide the leaves and stems portions then set aside.

4. Toss in the marinated stingray chunks and fried over medium heat on both side for about 2 minute till  almost light golden brown before adding in water.

5. When the mixture comes to boil, stir in the stem portions of the Chinese celery and allow the mixture to simmer for a few minutes till the sauce almost thicken.

6. Lastly toss in the remaining celery leaves, give it a quick stir and finished it with a touch of cooking wine and pepper. Remove and serve. 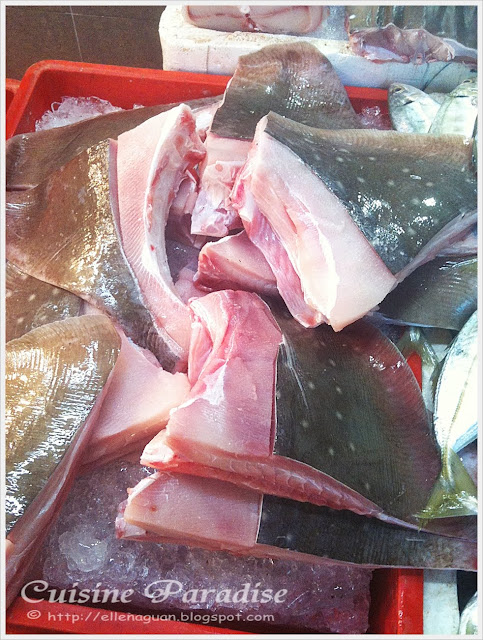 Due to the "fishy" smell this dish is best to be eaten Hot together with some Chinese Celery where its refreshing taste will cover up the fishy smell leaving you with a sweet and spicy taste. Furthermore this dish can also be an addicting dish due to it's spicy taste from the chili and hint of traditional flavour from the fermented black bean and etc that makes you go for second bowl of rice to accompany it.