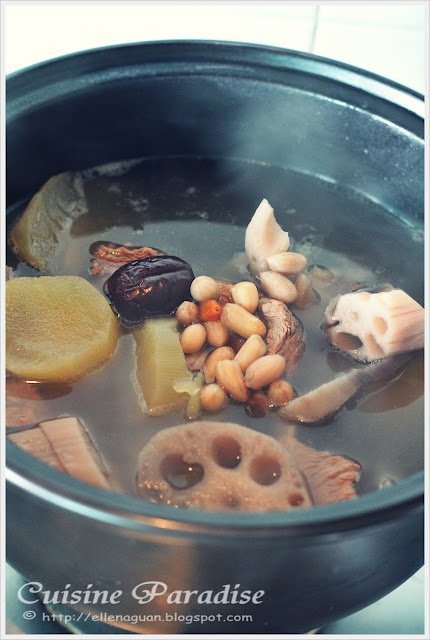 After a long day at work, a bowl of hearty home cook soup is always something that I look forward to. And I can even starts to imagine the fragrant and taste of the soup during my journey back home. As a frequent reader(s) of this blog you will notice that I loves to try out using different ingredients to prepare my soup. And today we are looking into a new ingredient known as "Yacon - 冰山雪莲果" which is commonly used for either soup or salad in Singapore. 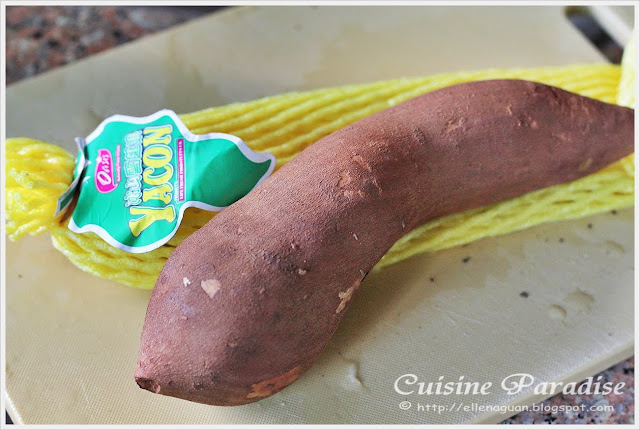 Yacon(冰山雪莲果) is a sweet and crunchy vegetable that has a flavour similar to an apple. It grows in a variety of different colors including pink, orange, white or purple. In the United States, Yacon that is sold in markets is typically white compared to the orange type that we have in Singapore. According to some google read-up this vegetable is very high in fiber and low in calories which makes it a healthy and nutritious snack. (read more HERE) 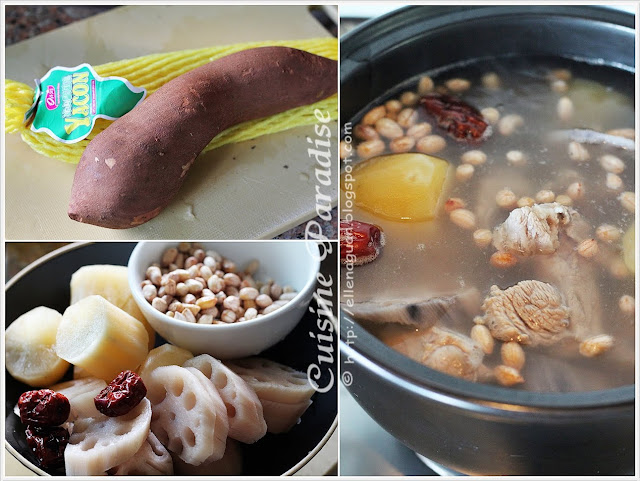 From a glance at this Yacon, sometime you might even mistaken it as the some kind of Sweet Potato due to it's shape and colour.

2. Soak peanuts in hot/warm water for about 5 minutes, rinse well and set aside.

5. Add in all the ingredients except wolfberries and when the mixture comes to boil again, lower the heat and simmer for about 40 minutes or until peanuts soften.

6. Lastly drop in wolfberries and season with salt to taste according to own preference.