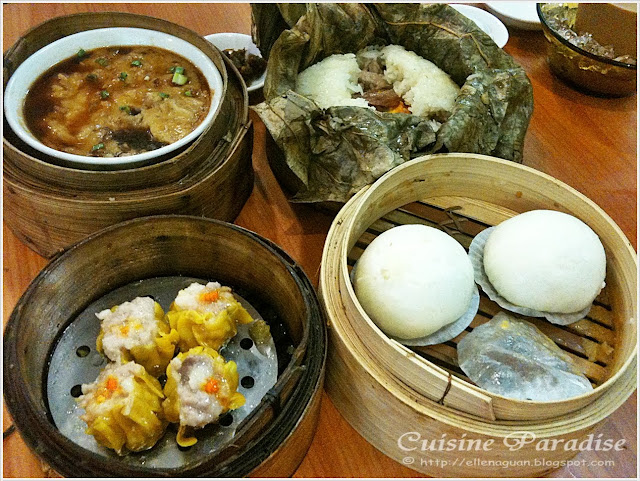 Being located on ground level in Sunshine Plaza, Victor's Kitchen was only a few stalls away from the well-known "Parklane Zha Yun Tun Mee House" that sells pretty good Wanton Mee. Victor's Kitchen has very simple interior layout with wooden tables and red plastic stools and after securing a table and seats you just need to grab the paper menu from the counter and start ticking off what you want to order.

Finally last weekend I managed to set foot at this coffee-shop style dim sum eatry which I always drool over their Custard Bun whenever I read/saw the related tweets. 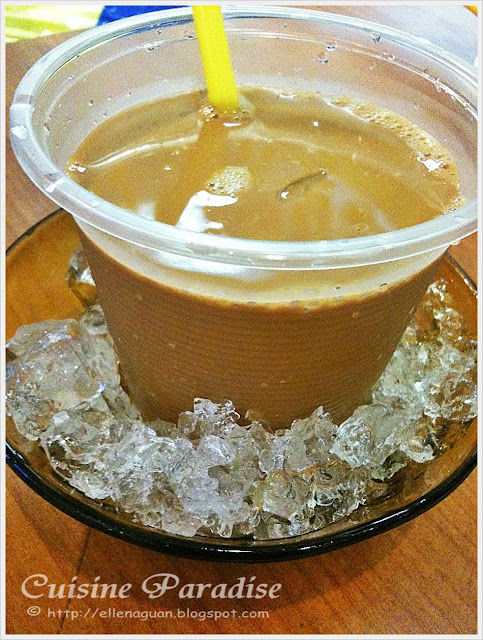 Since they don't have Ice Milk Tea on the drinks menu, we decided to try this H.K Summer Ice Ying Yang(香港夏日兵镇鸳鸯)which is a common item on most of the occupied tables. Nothing fancy about this drink which is just a cup of coffee with tea mixture served in a bowl of crashed ice. For us we find the coffee taste is too overpower and can't seems to blend well with the tea which cause it a bit bitter in taste.
Price: H.K Summer Ice Ying Yang(香港夏日兵镇鸳鸯) @ S$2.50 per cup 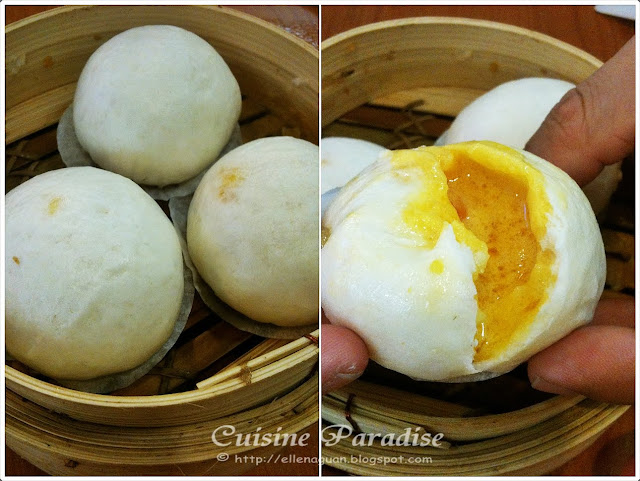 This is the reason I came here for their famous Golden Egg Yolk Lava Bun(黄金流沙包) or also known as "custard bun". Since I have read some mix reviews on these buns regarding about their fillings being too dry out and etc. I immediately cross my fingers when these pipping hot bun arrived and hope that it will have that oozing flow type of custard when we break it open. And thanks God what we had that day was really good from the photo show above, the flowing custard was so tasty with mixture of sweet and savory flavour that makes you crave for more.
Price: Golden Egg Yolk Lava Bun(黄金流沙包) @ S$ 3.50 per plate of 3 buns 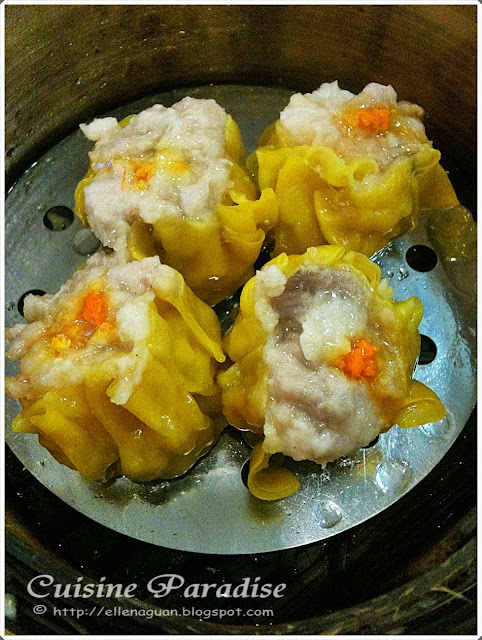 Although this is known as "Queen Size" Siew Mai but some how or rather we guess it was just another "nickname" as it is not as huge as those serve in "Yum Cha Restaurant(饮茶酒楼)" or neither it is smaller than the usual size. After all we find their siew mai consists more proportion of pork than prawn which makes it more firm and with a "porky" taste too.
Price: Tasty Queen Size Siew Mai (美味蟹皇烧卖) @ S$3.50 per basket 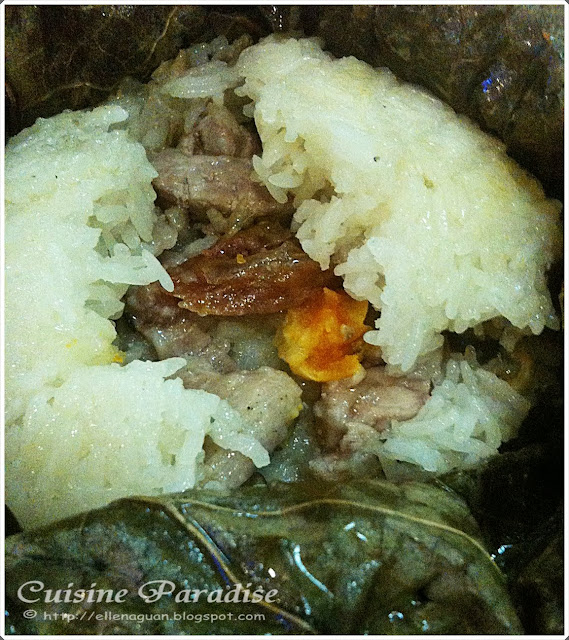 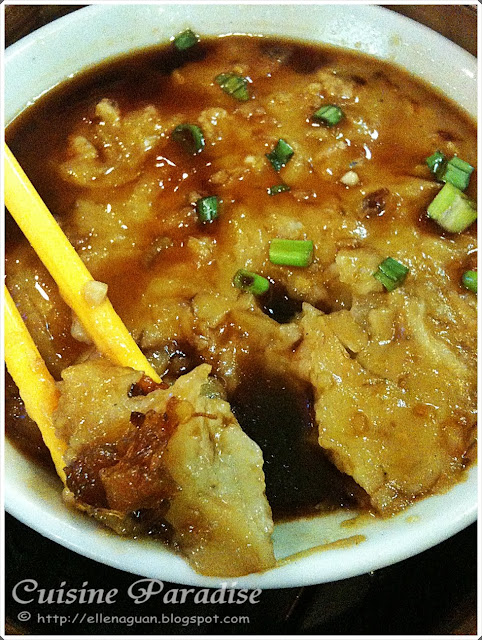 Lastly I was quite disappointed with one of their famous dish which is this Scallop, Sausage Carrot Cake with XO Sauce(XO酱干贝腊味蒸箩卜糕). First there was no trace of either scallop or sausage mentioned. Secondly the top layer of the carrot cake seems to be not fully cooked as we still can taste and see the sticky flour mixture on top. And personally I still preferred pan-fried carrot cake compared to this that look soupy like "steamed minced pork" texture.
Price: Scallop, Sausage Carrot Cake with XO Sauce(XO酱干贝腊味蒸箩卜糕) @ S$4.00 per plate 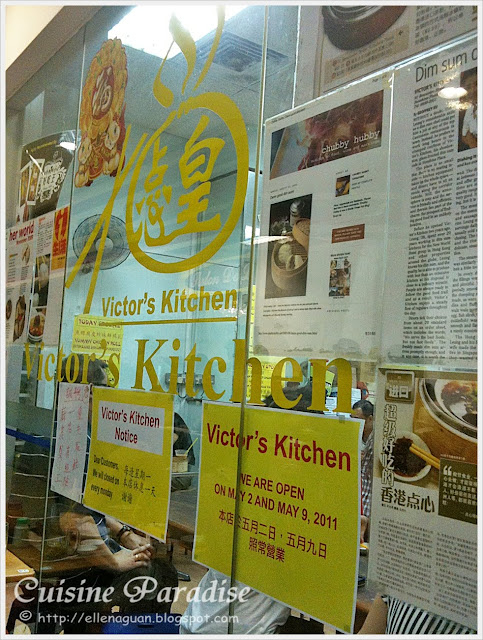 Other than the above mentioned dim sum, Victor's Kitchen also provided some other common dim sum such as Spring Roll, Chicken and Fish Porridge, Assorted Cheong Fun, Dumplings and Double-boiled Egg White and etc. So if you like traditional style of Hong Kong dim sum or you happen to by-pass Sunshine Plaza area perhaps you can consider to try out some of their famous dim sum dishes. Prices for their Dim Sum range from between S$2.50 to S$4.30 per plate.