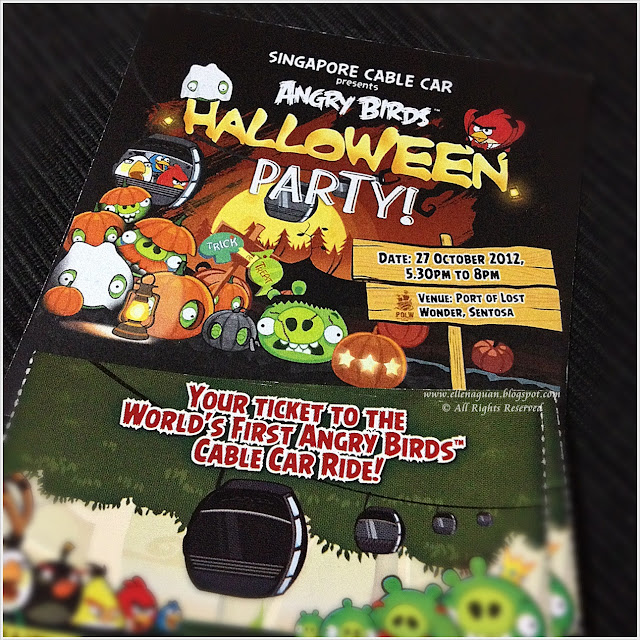 Last Saturday, our family went for our very first Halloween Party at Port Of Lost Wonder where it was transformed into an Angry Birds themed Halloween playground featuring the iconic characters from one of the world’s most popular mobile games. And the most exciting highlight of the event was the bashing of the Green Pig Pinata. 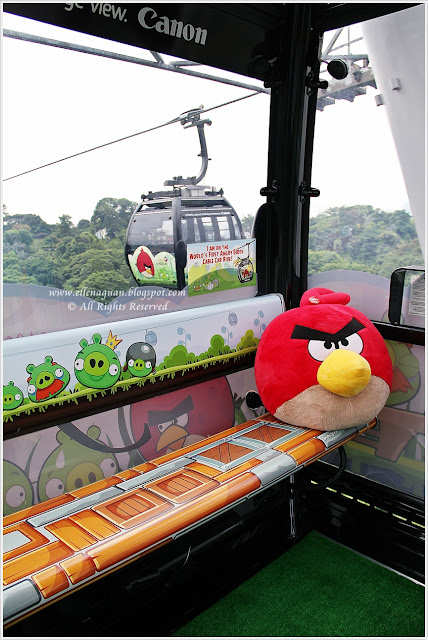 The Angry Birds Halloween Party ticket comes with a complimentary Cable Car ride where the kid gets to ride on their favourite Angry Birds themed Cable Cars too. Between these Angry Birds design cable cars would be available until December 2012. (read more here) 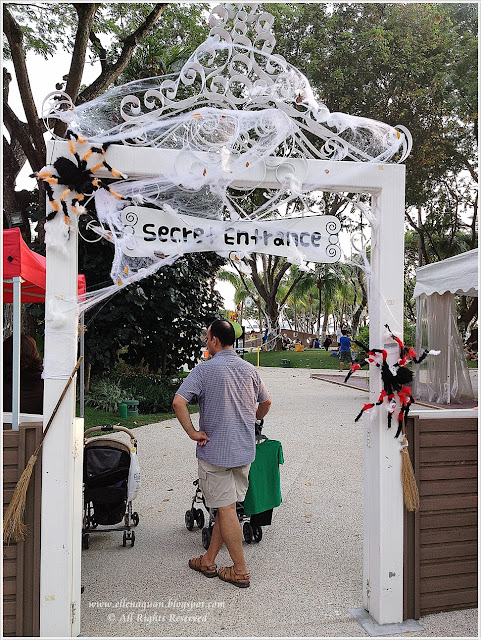 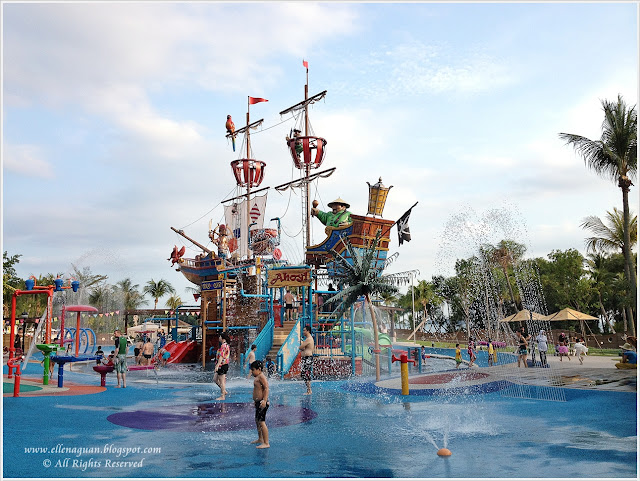 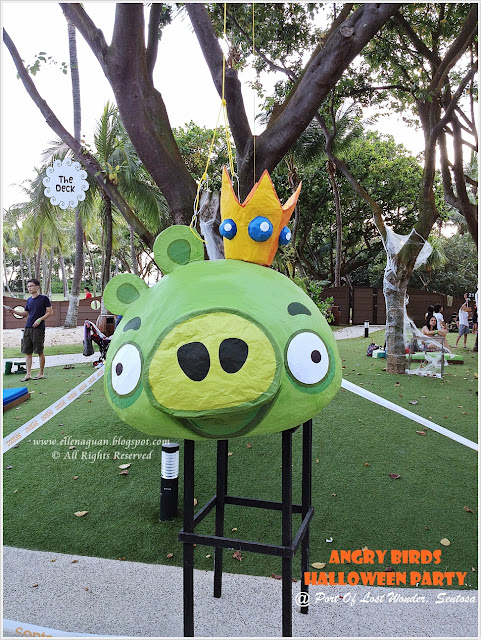 Further into the entrance, everyone was excited when the crews unwrapped the Gaint Green Pig Pinata and this was also one of the reason why we were there for the Halloween Party! 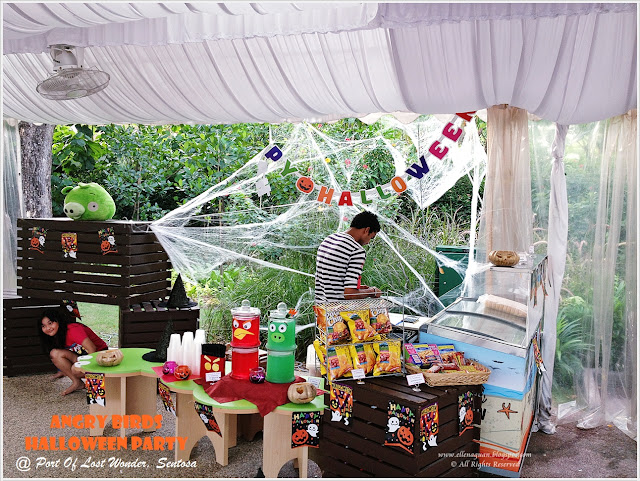 Interesting Angry Birds food kisok where you could see red and green flavour beverages known as "red or green oil". 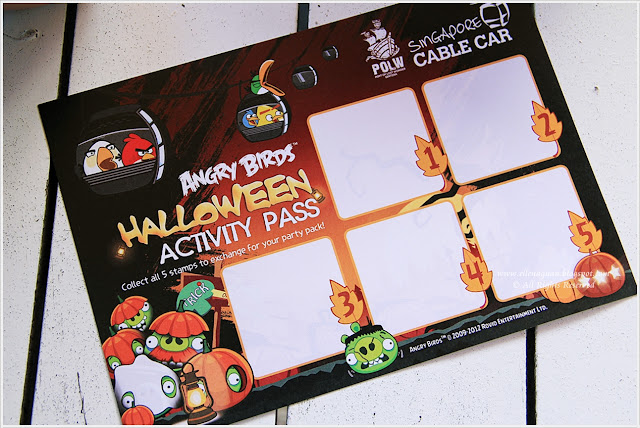 Sample of the game card which required the kids to complete all the 5 game stations (shown below) before they could exchanged the limited edition goodies in the Angry Birds Party Pack. 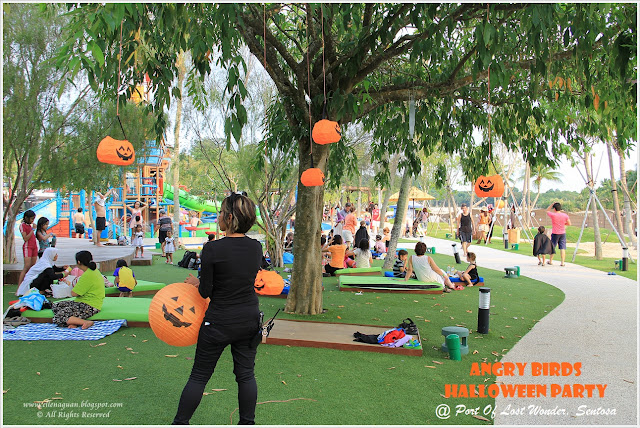 Setting up one of the game station known as "Shoot Em Pumpkins". 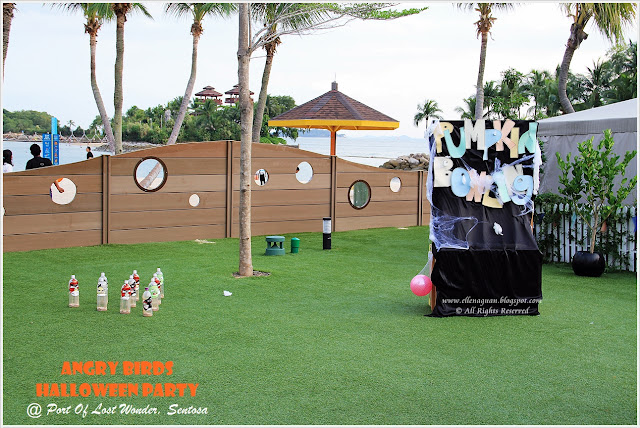 Pumpkin Bowling required the kids to "hit" at least 3 bottles before receiving a "stamp" on their game cards. Overall most of the parents find that this is the hardest game as it was pretty hard to hit the plastic bottle with plastic balls. At "Spooky Friends" station, kids were asked to design and decorate their ghostly balloons base on either Angry Birds or Halloween theme in order to receive a "stamp" on their game card. 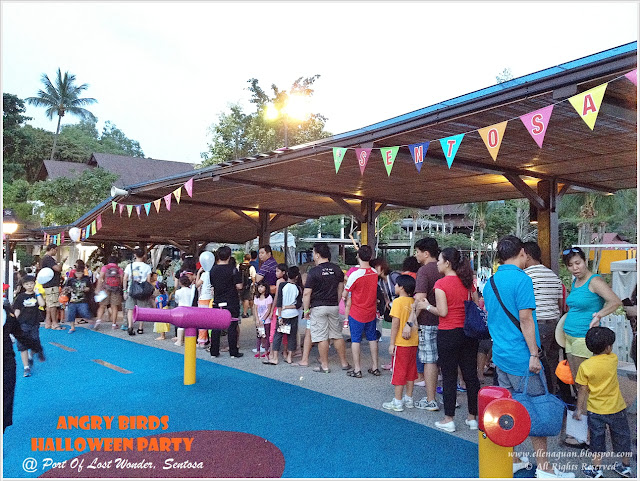 Despite of the long queue at each stations, all the parents and kids are still very cooperative and patience in queuing. 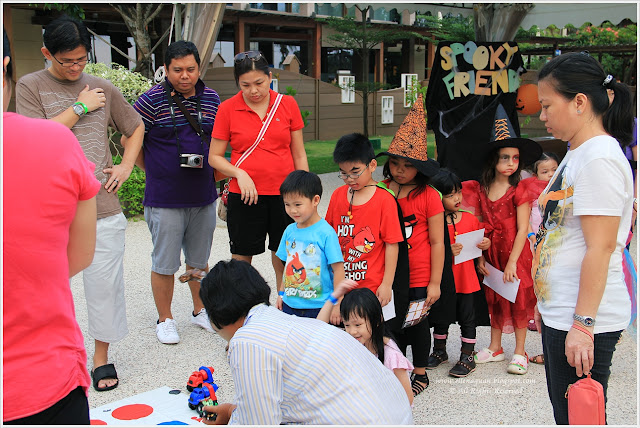 Look at the kids with their Angry Birds outfit and Halloween Costumes. 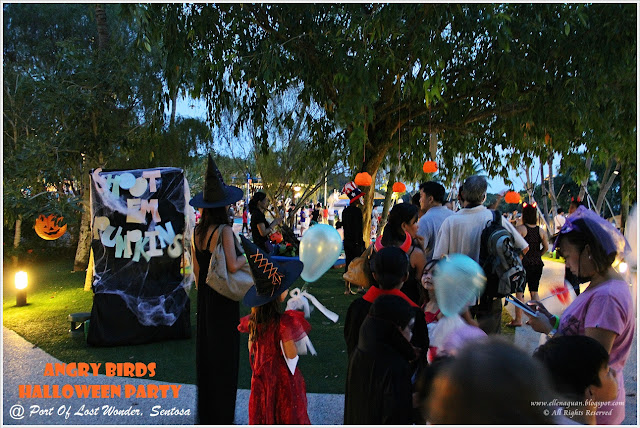 Waiting for our turn at the Shoot Em Pumpkins Station. 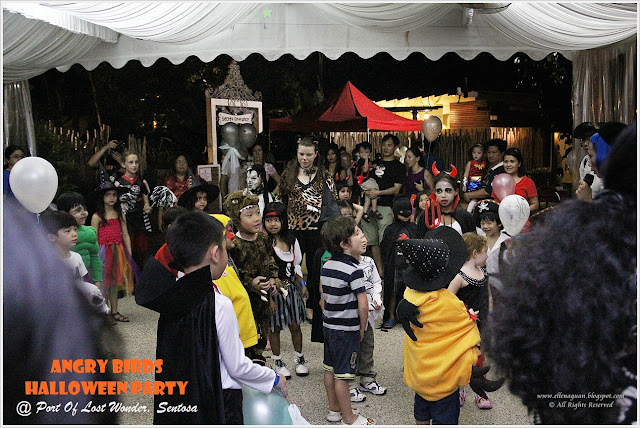 Some of the participants for the "Halloween Costume Contest" and most of the kids really look impressive with their makeover and costumes. 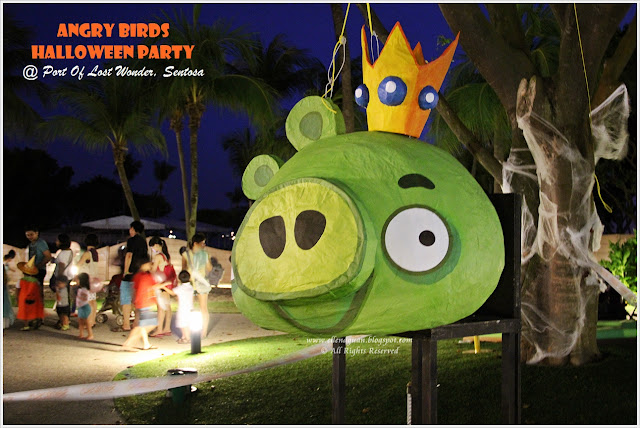 At around 8.30pm, most all the kids were queuing up for the last event and waiting patiently for their turn to hit the Giant Green Pig "Pinata" which is the Grand Finale of the Halloween Party. 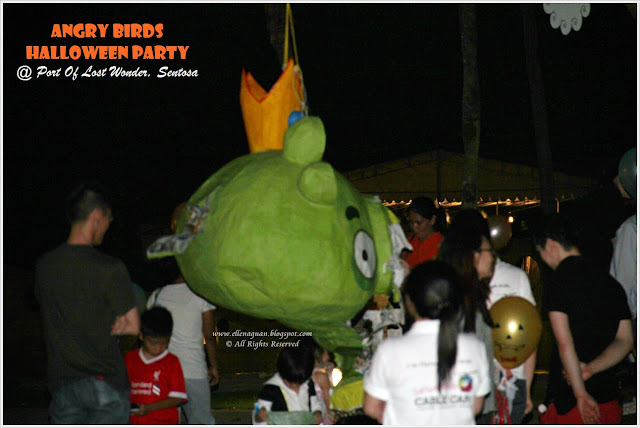 The Green Pig Pinata was very strong with no sign of damage or crack even after 15 minutes of bashing from the kids. In the end, the crews had to approach the Angry Bird Mascots and even some parents to help bashing the pinata in order to crack it so that the children would be able to grab the falling sweets and goodies from it.

At the event, every family enjoys a fun and laughter night and you could even see parents and kids bonding time at the game stations as well as their effort in preparing the Halloween Costumes Contest.

Lastly, I would like to thank ICON International Communications, Mount Faber Leisure Group and Port Of Lost Wonder for the media invite. Indeed our family, especially my boy who is an Angry Birds fan have a great time at his first Halloween Party.
Posted By: Cuisine Paradise