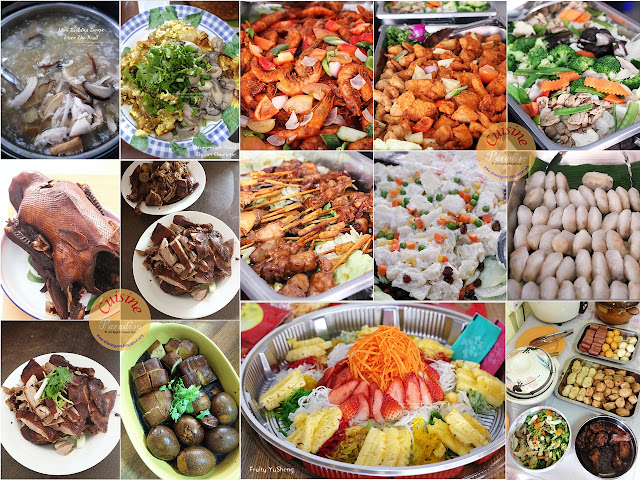 Time flies, the 15 days of Chinese Lunar New Year(CNY) celebration had already ended last Sunday. During those two weeks, we had quite a few house visiting and food gatherings among relatives and friends. As usual every household would either cook or cater food for the gathering where everyone enjoys the food and bonding time.

Below are some of our family CNY gatherings foodporn for your viewing. 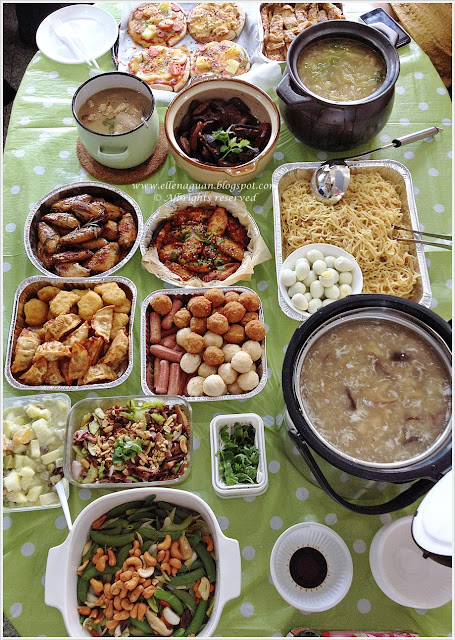 This year my mum decided to hold Chinese New Year gathering over at my place so that I could help her up with the cooking plus preparation. You can read more on this new year gathering plus some recipes over at this link HERE.

Every year without failed, Aunty Irene (uncle liang's wife) and cousin Sharon will whipped delicious homecook food for the group of us during our visit to their house. I always love her signature dish which is the "Braised Sea Cucumber" that is loaded with ingredients such as clam, mushroom, black moss, roast pork and etc.

As for dessert, Aunty Irene prepared Yam Paste with lot of ginkgo nuts and lotus seeds which makes it taste lighter and not so greasy with just only those gluey mashed yam. Her homemade Cheng Teng was also very refreshing and fragrance due to the Osmanthus flower that she added. Love all her desserts to bits. 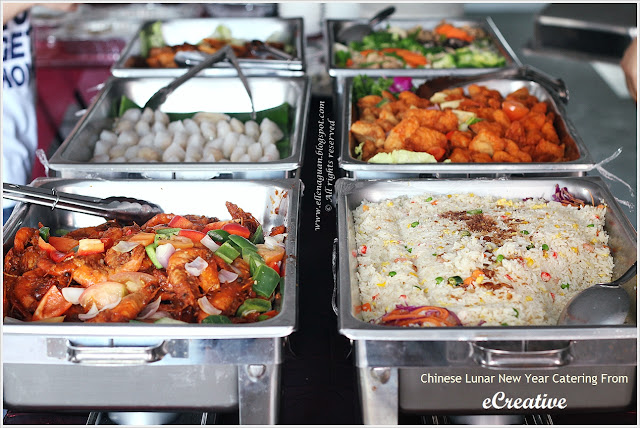 This year due to one of my cousin taking "O" level and etc, Aunty Grace totally forgotten about pre-ordering the CNY buffet for family gathering. So leaving without much choices (as most of the caters already closed their CNY ordering), she settled with the buffet from eCreative. 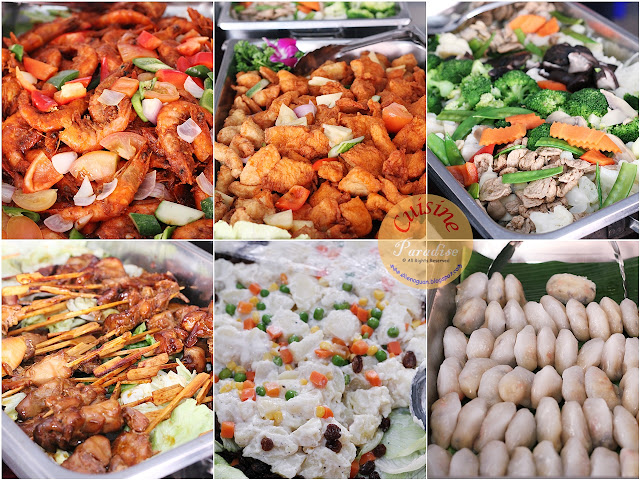 The overall presentation and quantity of the food looks good but a few of the dishes were not up to our expectation perhaps due to festive cooking or mass production of the food. 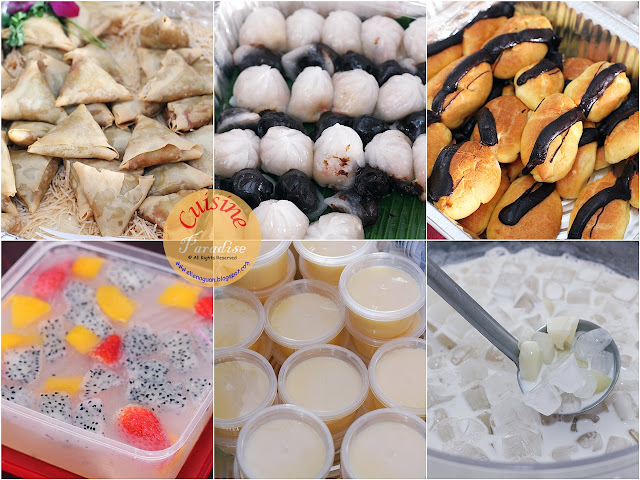 As compared to their main dishes, most of us agreed that their high-tea items taste much better than their main. Love the Sweet Crystal Bun (水晶包) which is wrapped with red bean paste. 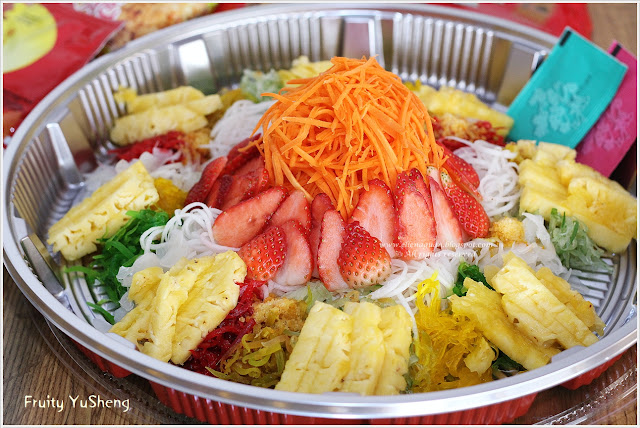 At LaiChoo aunty house, we were amazed by her Homemade Fruity YuSheng which was so colourful and nicely done that we can't bear to toss and eat it. According to aunty she added some fresh fruits such as Strawberries and Pineapples to the the pre-packed Yusheng kit to enhance the taste and colour . 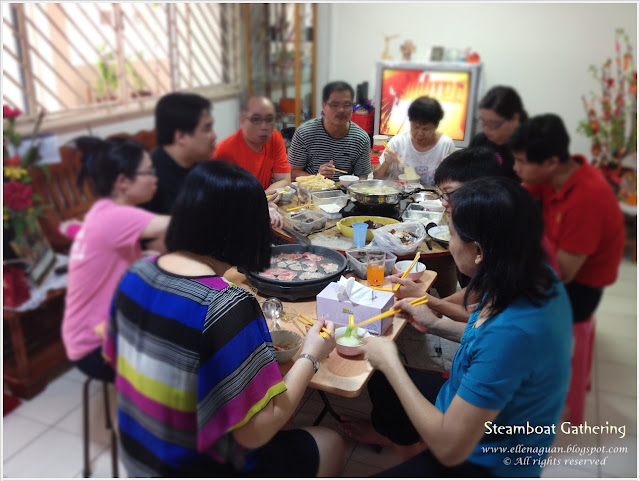 The best thing I like about CNY gatherings is when all the relatives and friends get together around the table and enjoy the food and bonding time. 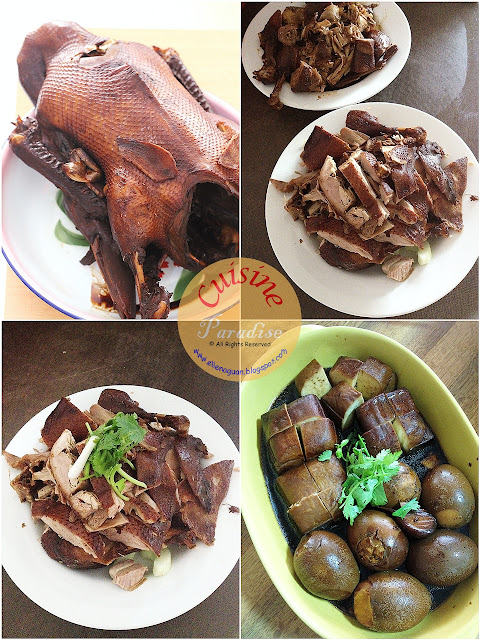 Other than those steamboat ingredients shown above, Aunty LaiChoo also cooks her signature Teochew-Style Braised Soy Duck which we all loves. The duck meat was tender and flavorsome plus aunty also add in extra firm beancurd and hard-boiled eggs to complete the dish. 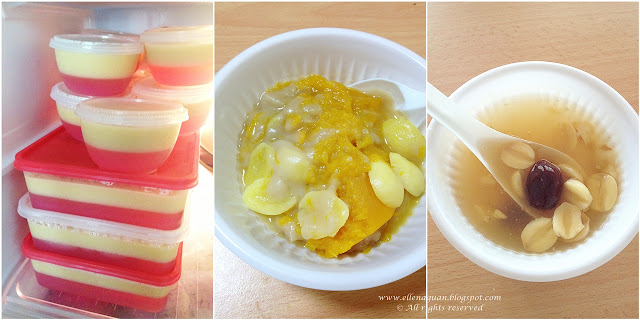 Aunty who is very good in making desserts, prepared 3 of our favourite desserts which were Agar Agar, Yam Paste and Lotus Seeds Soup. 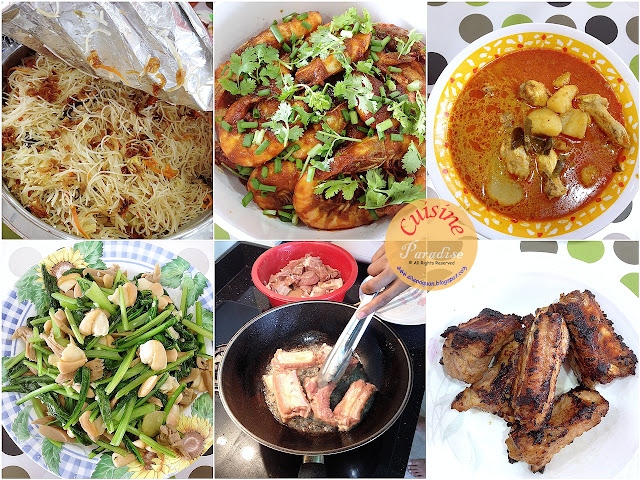 On the last day of CNY, Uncle Hock Cheng invited us to his house for a lunch gathering where they specially prepared some of their home signatures such for us. Love the Sambal Prawns and Fried Spare Ribs that his helper prepared using homemade sambal sauce and special marinade for the ribs. 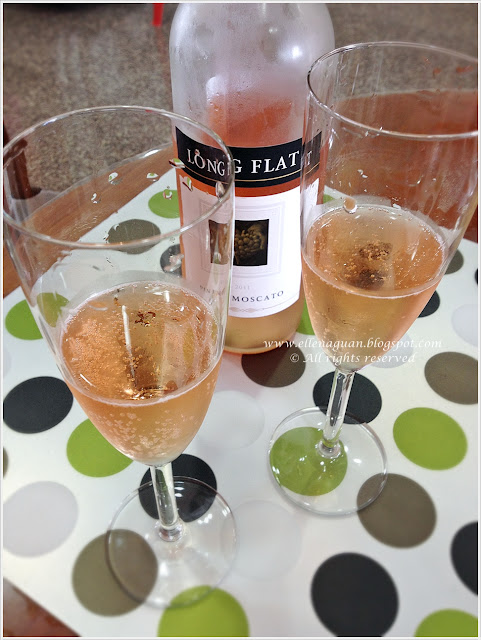 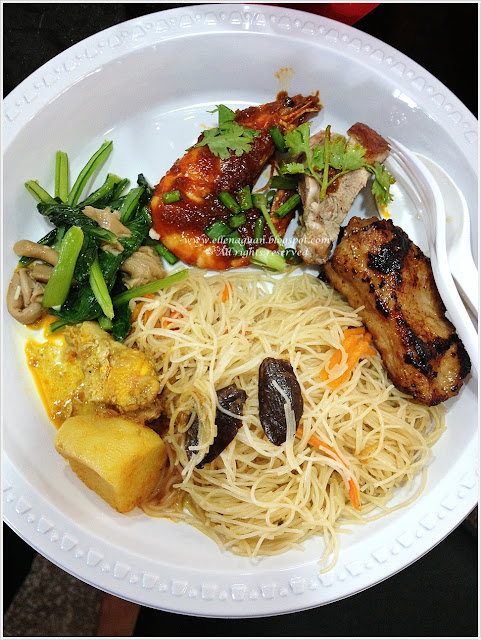 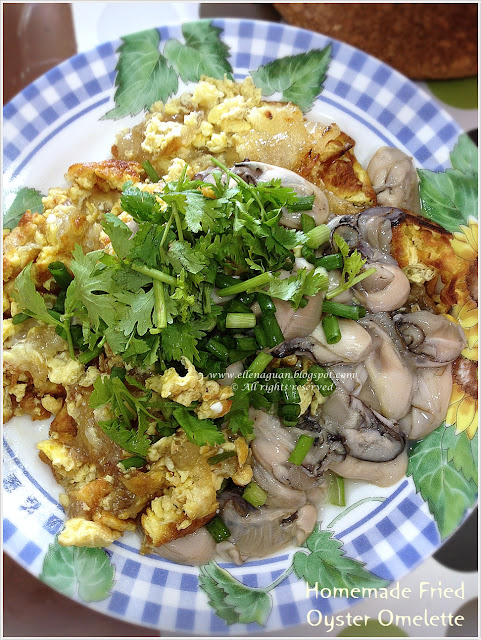 Besides all the yummy food above, Uncle Hock also prepared his signature Fried Oyster Omelette (Or Luak/Or Jian) for us. I was impressed with his fried omelette dish and I even I asked him for the recipe so that I could try it out on my own. If you are interested in making some fried oyster omelette do stay till for the upcoming recipe soon.