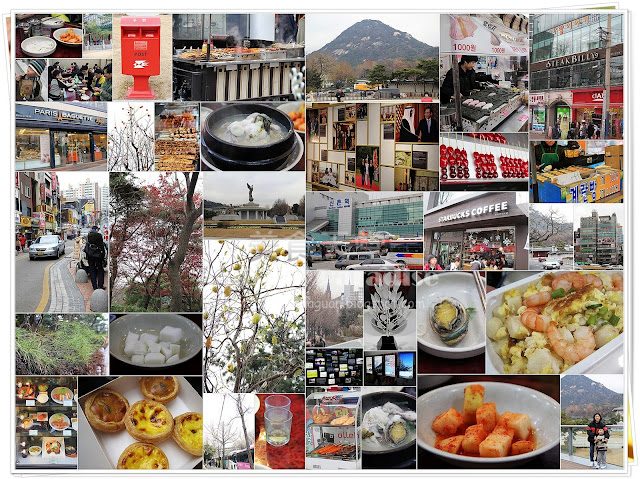 During early December we went for a 8 Days Winter Trip in Korea and I would like to share with you some of our experiences, scenic views, food and etc that we have encounter during this holiday trips in a few separate posts. 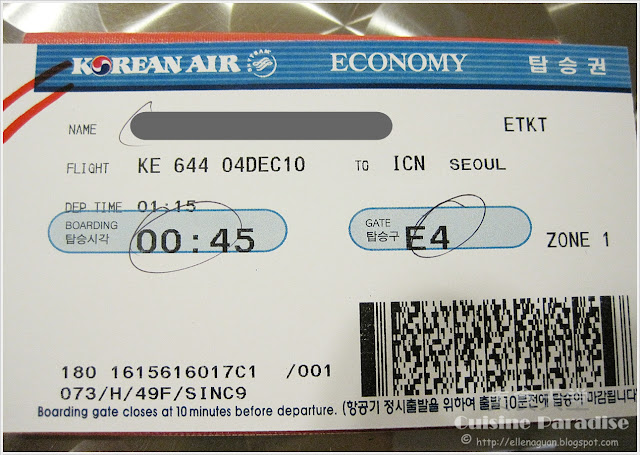 Our boarding pass for Korea Airline to Seoul from Singapore. And you can see the flight is at 1.15am!!!! 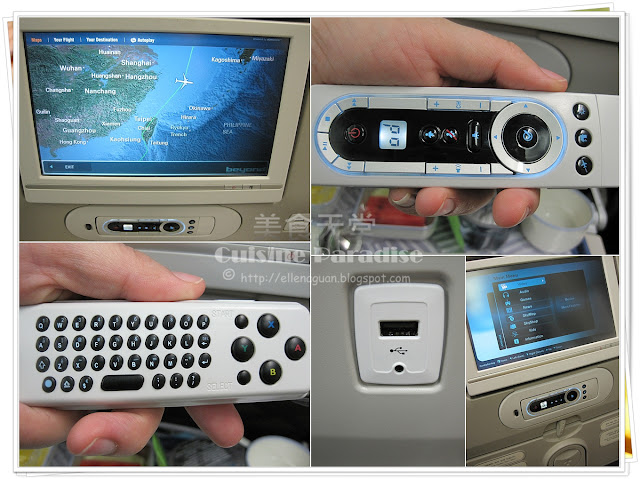 Surprised to see their in-flight entertainment sets which are so advance in design with full touch screen and manual function. They even have a USB cable slot at the side too. 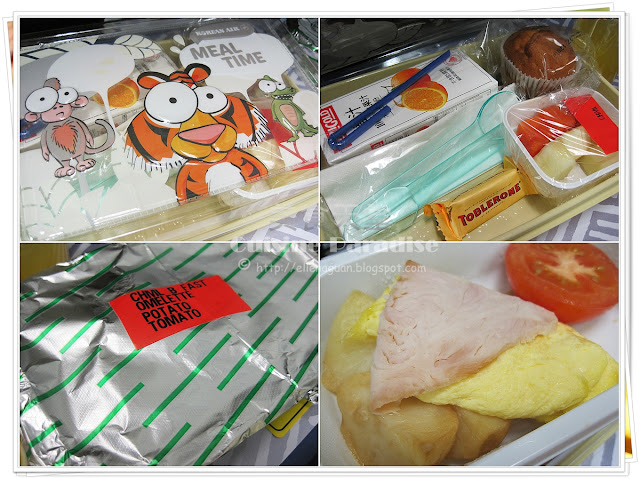 After about 5 hours of night flight, breakfast was served on board with a few choices of items. This is the "Child Meal" breakfast that comes with ham, scramble eggs, potato, muffins, juice and etc. 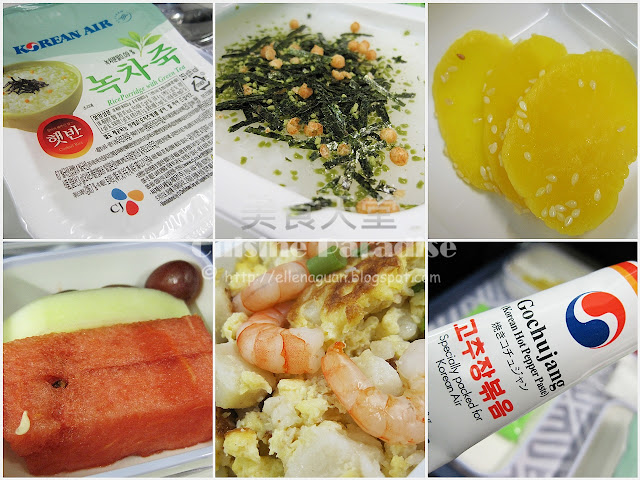 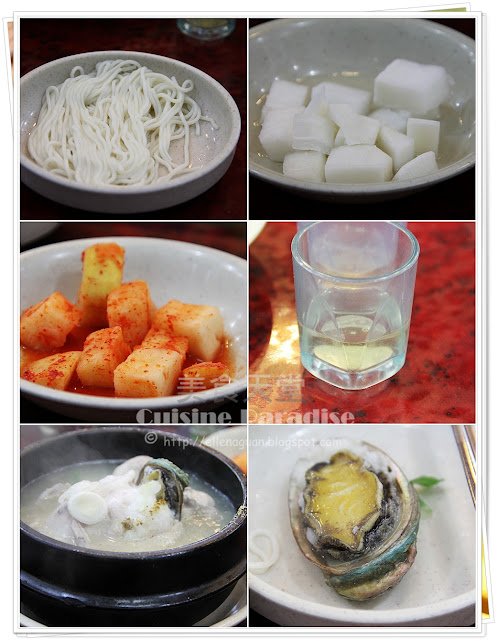 Upon arriving at the Incheon International Airport at Seoul, Korea we proceed for immigration checkout then change into some thick winter wear before heading to lunch. The temperature at Seoul was around 1 degree when we arrived. 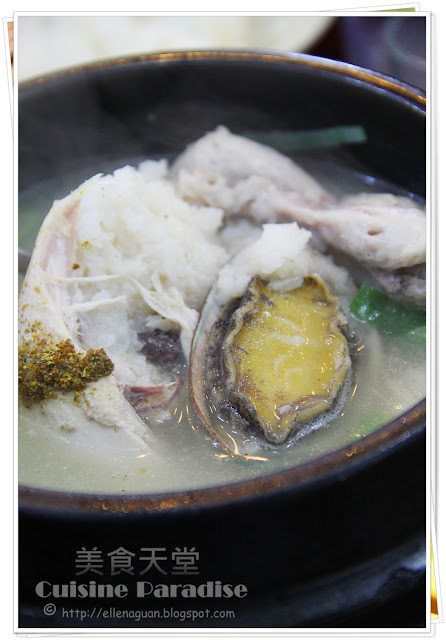 First lunch in Korea was their famous "Ginseng Chicken with Abalone" which serves together with a small cup of Ginseng Wine, some kimchi, radish and noodles. The soup broth was rather light in taste which you don't expect those thick and fragrant ginseng aroma from our Asian Ginseng Chicken Soup. 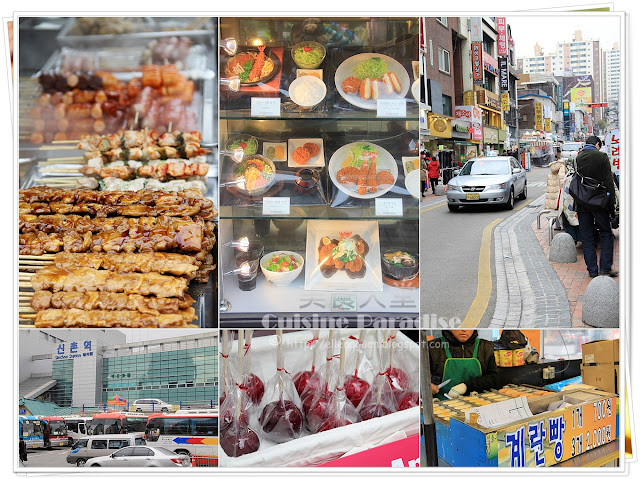 After lunch we process to a short shopping trip at Shinchon Fashion Streets which is the most famous shopping district in Seoul where youths wear the latest trend and fashion. 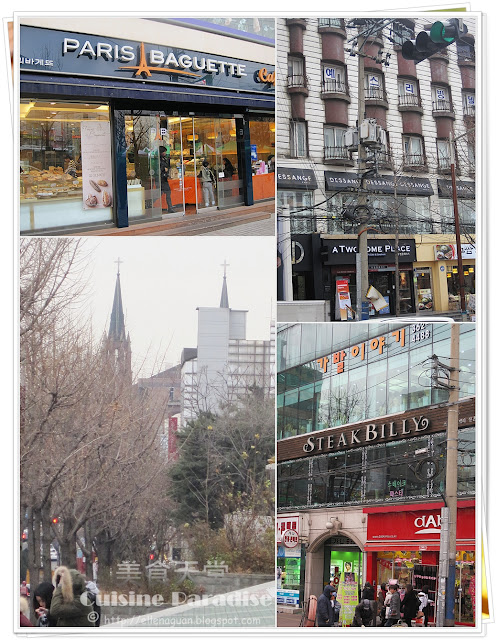 Street view at Shinchon Fashion Streets which gives us a kind of European style feel like we were in Paris. We also love the cakes and pastries from Paris  Baguette! 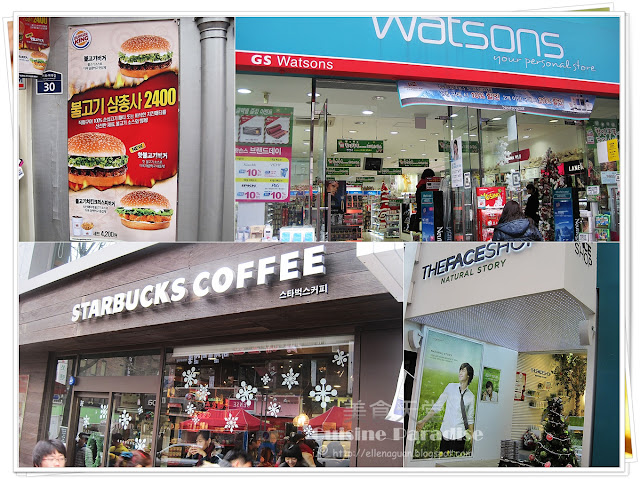 All kinds of familiar shops in Shinchon Fashion Streets that we can also find in Singapore. 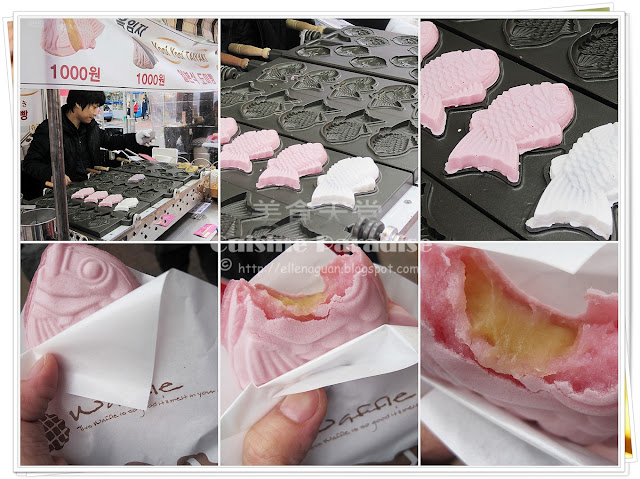 Yummy Street food at ₩1000 Korean Won each which is equal to around S$1.10. It comes with different flavour such as sweet potato, black sesame seeds and chestnut. 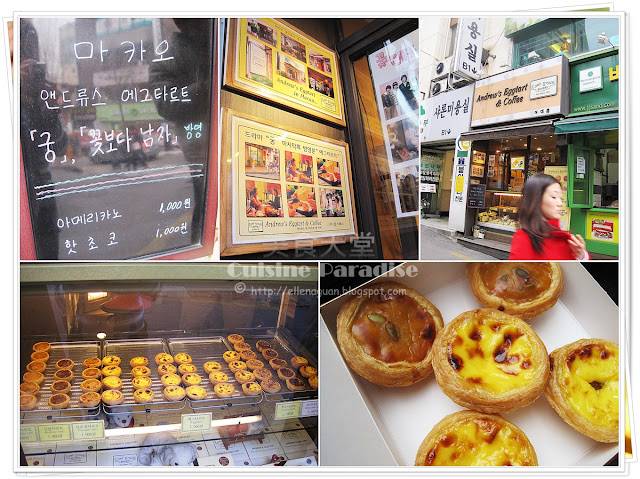 Famous Andrew's Egg Tarts that has being film in one of the Korean Drama where the leading actor and actress dining in this cafe. We have tried their pumpkin, yuzu and original tarts and we love the yuzu flavour the most. For average it costs around ₩1900 Korean Won which is about S$2.15 each. 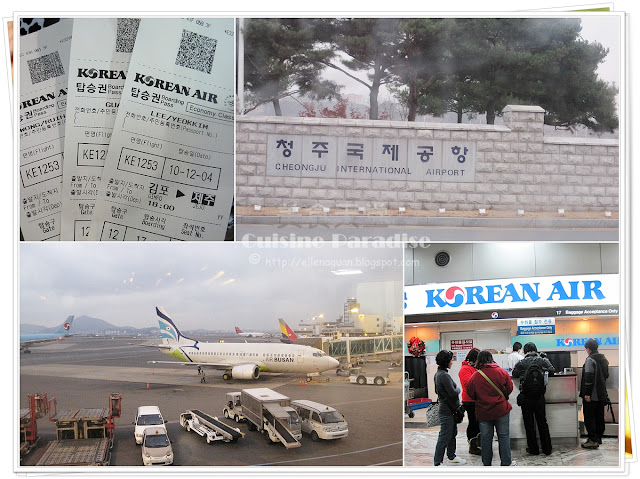 After the short shopping trip, we proceed to domestic airport for our  flight to Jeju Island where we spent around two days over there. So do stay tune for the next post on our Jeju Island discovery.
Posted By: Cuisine Paradise