Exploring The Convenience Stores and Bakeries In Tokyo, Japan 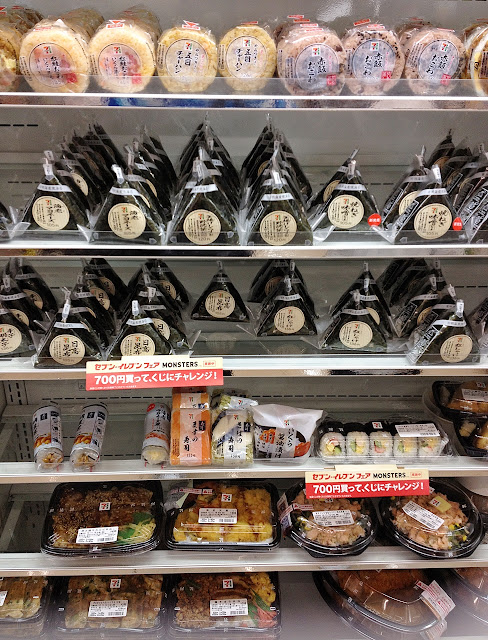 Whenever we travel to a country, we love to visit their convenience stores to see what special food/beverages or stuffs they offered in it. And since Korean, Japan and Taiwan all have convenience stores like Seven Eleven (7-11), Lawson and Family Mart it makes us thrilled whenever we visit these stores because we could often find similar stuffs that we tried and miss having it.

I am not sure about your habits, but for us we always like to stock up some bites and beverages from these convenience stores for our bus journey as well as supper in the hotel room. And as you view through this post, you could find all kinds of food and beverage they offer in the stores as compared to what we have in Singapore. 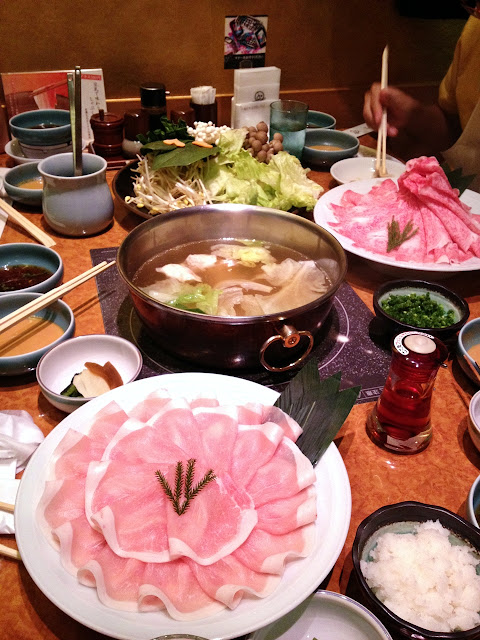 Japan trip won't be satisfied if we did not try their sushi, sashimi, omurice, shabu shabu, takoyaki and etc. So on the last night of our trip, we decided to go for Shabu Shabu which was perfect for that  cold and wet evening when everyone needs some hot food to keep warm. So after searching around for a decent Shabu Shabu restaurant near our hotel at Shinjuku ( 新宿), we finally settled for Shabujo which is listed in their recommending food good guide. For your information, Shabujo is about 6 minutes walk from JR Shinjuku Station, East Exit. 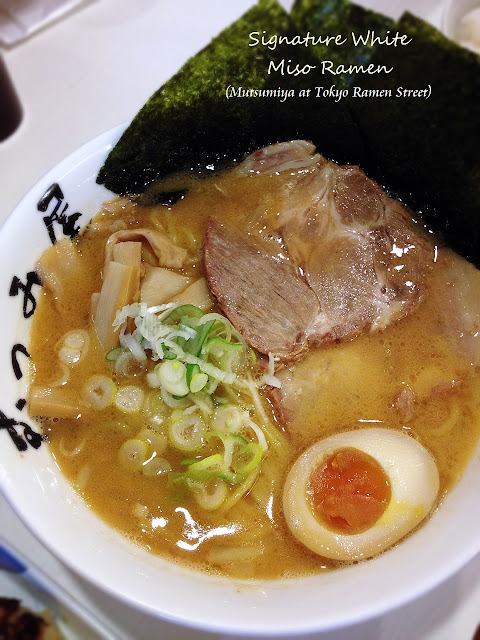 On second last day of our Japanese trip, we went to First Avenue Tokyo Station (東京駅一番街) which has a three-floor commercial and retail featuring 120 stores and restaurants with the first floor connected directly to the Yaesu exits of Tokyo Station (東京駅).

And with the two main attractions like Tokyo Character Street and Tokyo Ramen Street, we decided to go there to try their well-known Ramen shops in Tokyo as well as shop for some cute souvenirs back too . 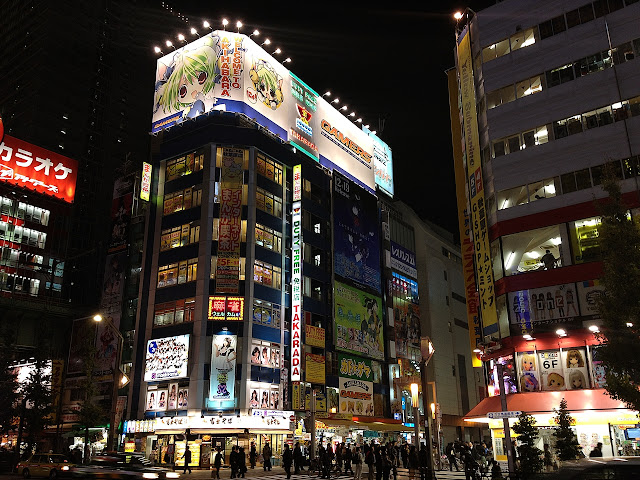 We had long day out for "Day 5" starting with Tsukiji Fish Market (築地市場), lunch at Tsukiji Sushi Kiyoshi (築地寿司清本店), more shopping trip at Ginza and sightseeing over at Kaminarimon (雷門) plus getting the famous Dorayaki (銅鑼焼き) from Kamejyu (亀十). In the evening, we took the train over to Akihabara (秋葉原) which is a district in central Tokyo, that is famous for its many electronics shops because cousin wanted to find some Anime figurines. 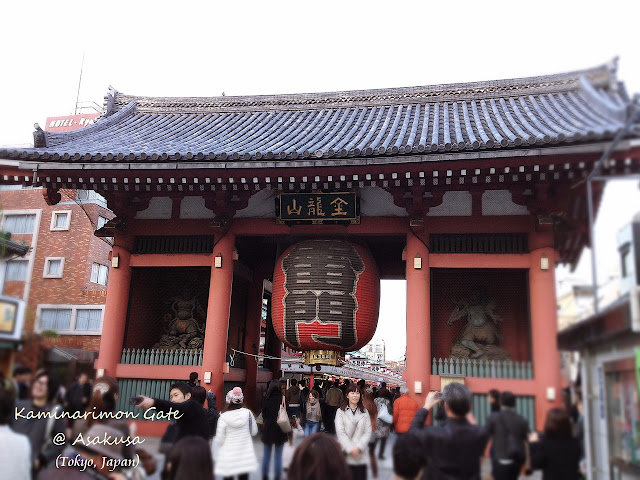 Asakusa (浅草) is located in the center of Tokyo with Sensō-ji Temple (金龍山浅草寺) as its main attraction. Kaminarimon Gate (雷門) or also known as the "Thunder Gate" is the outer of two large entrance gates that leads to the Sensō-ji Temple. With its Giant Red Lantern and statues this attraction is popular with tourists as well as hot spot for photos taking too. 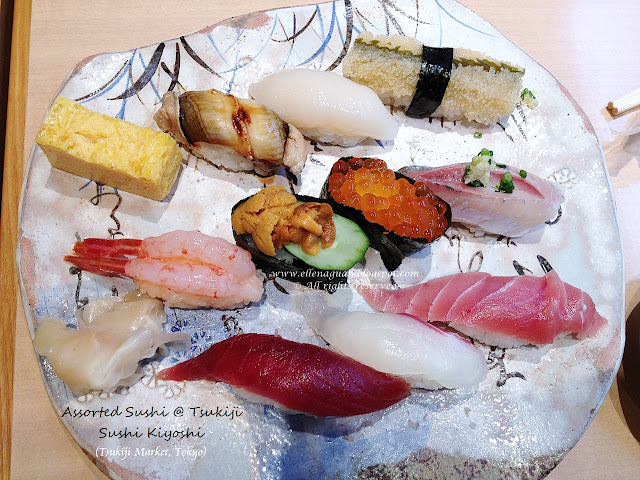 [Continue from Tsukiji Fish Market post] After walking around the Tsukiji Fish Market (築地市場), we decided to settle for a sushi brunch and there are quite a number of well-known Sushi restaurants or street stalls selling all kind of assorted sushi, sashimi and etc too. Before my trip to Japan, I have saw some clips and introductions about this famous fish market from a few Japanese sightseeing programmes on television. So when uncles marked down a day to visit Tsukiji fish market we were pretty excited to see their wholesale seafood market as well as a chance to sample their freshly made sushi. 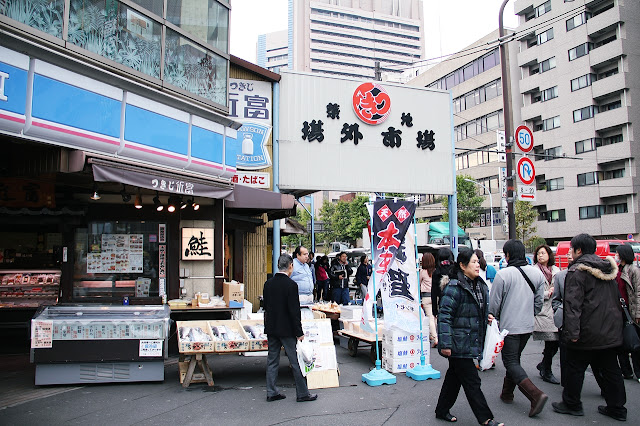 Visiting Tsukiji Fish Market (築地市場) was listed as one of the "must go" places in our Itinerary. Although with kids in our group and we could not managed to be at the seafood auctions as early as 4.00 am in the morning to witness the show. But we were still able to reach there around 9.00 am in the morning for some fresh sashimi and sushi for brunch.

Other than selling seafood, there are also groceries stalls, marinated products, Japanese kitchen tools (such as plates, bowls and knives), restaurant supplies as well as street food, sushi bar and restaurant for visitors too. 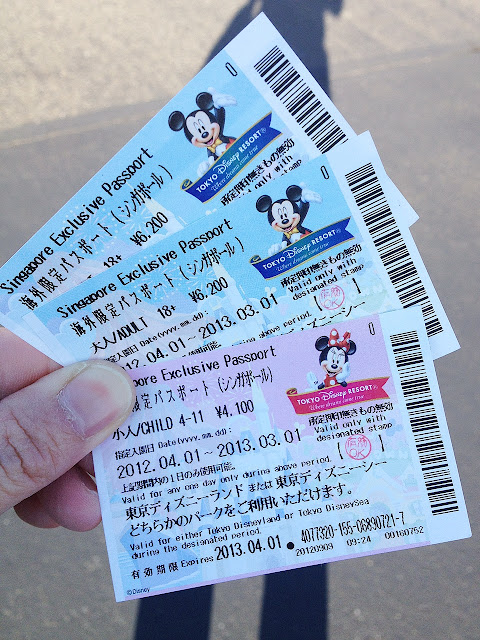 Visiting Tokyo Disneyland is always one of my dream theme park which I would like to bring my kid to enjoy the fun and family time together. So when uncle Hock Cheng includes Disneyland as one the main highlight for this Tokyo trip we were all excited about it till the date we arrived at the park. As you could see from the above photo, we even bought the "open date" tickets way before hand at  JTB (ION Orchard) to avoid the crowds and queuing time just to make sure everything is on the right track. 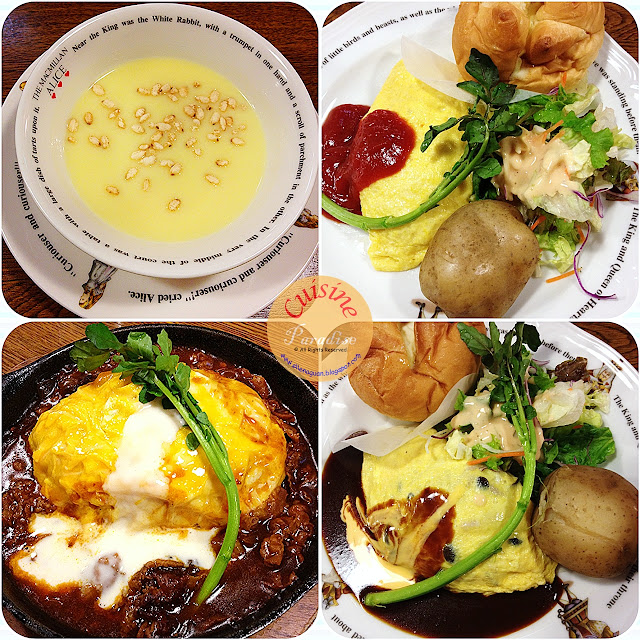 [Continue from Exploring Shijuku (新宿) post HERE] There are many theme restaurants/cafes in Japan such as RAKERU (Alice in wonderland), Vampire cafe, Hello Kitty Cafe, AKB48 Cafe and etc. And with RAKERU as one of the nearest themed restaurant near our hotel at Shinjuku (新宿西口店), we actually went for a dinner to try out their mouthwatering Omurice (egg omelette with rice) and waffle desserts. 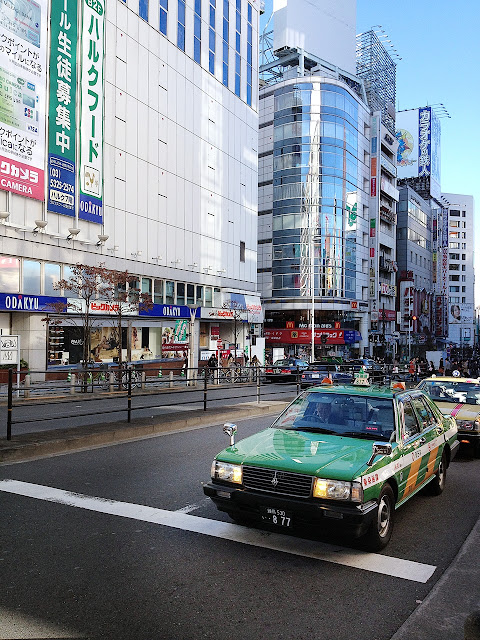 Last year during our trip to Tokyo, Japan. We stayed at Keio Plaza Hotel (京王プラザホテル（新宿）公式サイト) which was just about 5 minutes walk to Shinjuku (新宿) Station and shopping districts with department stores such as Odakyu, Takashimaya Times Square, Kinokuniya and etc. Although there might not be a lot of sightseeing around Shinjuku area but indeed there are plenty of shopping, cafes and eateries which could satisfied both your sight and appetite.

On the 3rd day of our trip, we were on a more relax itinerary while taking a break from yesterday's Day Tour (visiting Mount Fuji and Grape Farm). And before Uncle Hock Cheng's family move on to meet up with their Japanese friends for lunch and sightseeing, we decided to explore the food counters and supermarket located at basement 2 of Odakyu Shopping Mall to grab some quick breakfast.

We arrived at the meeting point at about 7.30am to join the local Club Tourism Yokoso Japan Tour to Mount Fuji (富士山) and Yamanashi (山梨県). It was a beautiful Monday morning and we all look forward for our trip to visit Mt Fuji. But due to the early snow that covered almost half of Mt Fuji, the tour guide mentioned that we might not be able to go up to the Kawaguchiko 5th Station ( 富士山 河口湖 五合目) depending on weather in the afternoon. 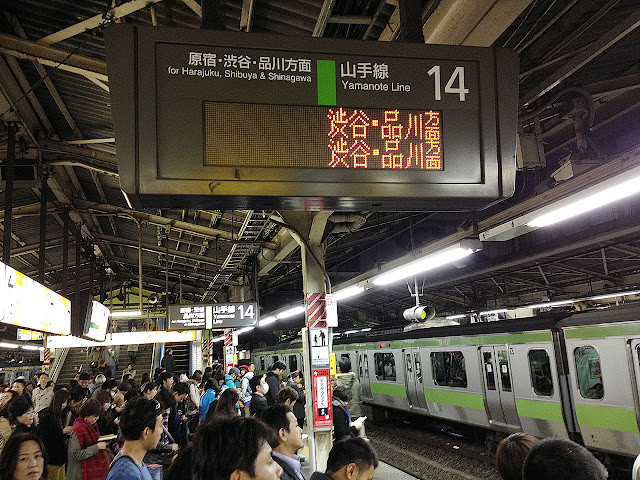 [Continue from previous post HERE] After about an hour of rest and relax (unpacking, shower and etc) in our hotel room, we were out again to exploring Tokyo city. And since we need to wake up early for tomorrow's day trip, Uncle Alan suggested we should just explore somewhere nearer to our hotel such as Harajuku (原宿) where the famous Takeshita Street (竹下通り) is located.

From some of my read up, it is best to visit Harajuku on a Sunday because many young people would gather around Harajuku Station and engage in cosplay (costume play) where they dressed up in excentric costumes to resemble anime characters, punk musicians, etc. 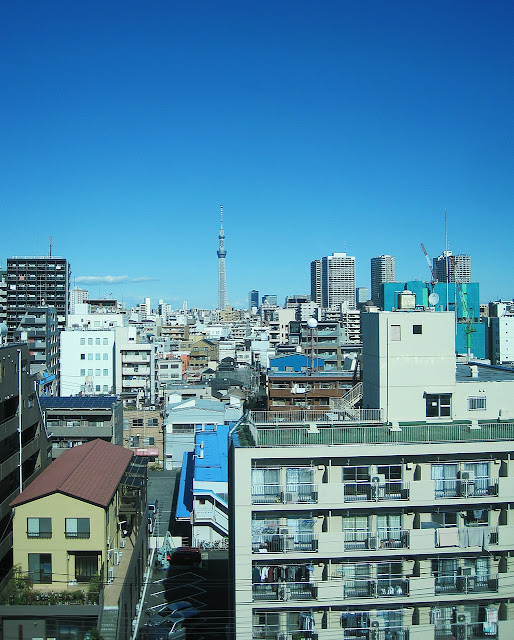