"Red Star Restaurant - 红星酒家" located at level 7 of the HBD block in Chin Swee Road. From the official website, you can read about the history of this restaurant which is set up by two chef in around 1974. The operating hours starts from as early as 7am daily which they offer all kinds of hot piping dim sums that are ordered from push trolleys. 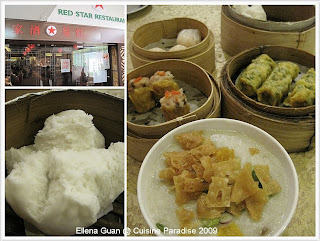 Since my in-laws was around Chinatown area doing some shopping, we decided to meet up for dim sum - 点心 lunch since this restaurant is somewhere near my working area. Since lunch hour was pretty rush for me, I didn't really have much time accompany them throughout the whole session. But they will very thoughtful, while waiting for me to arrive, they already ordered some of my favourite dishes to avoid the waiting time. 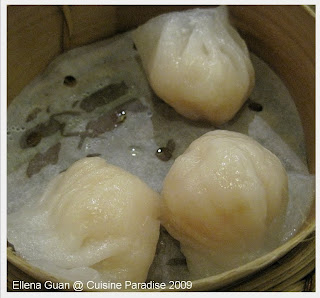 Although I personally prefer "Siu Mai - 烧卖" more than "Har Gua - 虾饺" but I find that the Har Gua that served here are very fresh, the wheat starch skin that used to wrapped the prawn was thin and the prawn filling it in is crunchy and sweet compare to most of the dim sum stall.

Next comes my favour which is the "Siu Mai - 烧卖", the serving here is just nice for the size as some outlet are serving those extra big size which making it feel so greasy upon eating. The fillings of the siu mai consists of ground pork, shrimp and chinese mushroom that is wrapped with a yellowish skin and there is often an orange dot on the center. 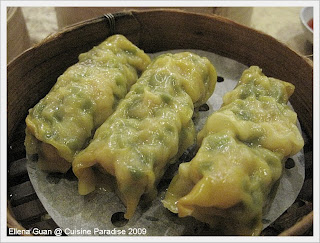 I am not sure what is this dish called, but it is wrapped with ground pork, prawns and chinese chives with a skin that is similar to dumpling skin. The taste was quite ok for me as the chives taste did not actually over powder the rest of the ingredients. 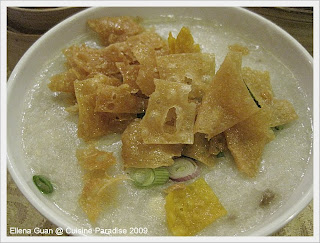 "Century Egg and Pork Porridge - 皮蛋瘦肉粥" is one of the most common Congee that customers will order while having dim sum. Normally, they will also have Chicken/Pork/Fish Congee in the menu, but the most popular orders will still be this century Egg & pork porridge. 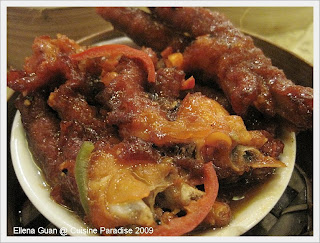 "Fung Zhao - 鳳爪" are chicken feet that are being deep fried, boiled, marinated in a black bean sauce and then steamed. This cause the texture to be light and fluffy, while moist and tender on the inner area. When having dim sum with my mum, we will always ordered at least two plates of this because we simply love this dish due to it braising sauce. 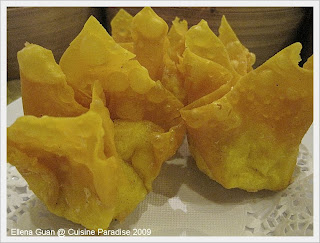 "Fried Wontons - 炸馄饨" which is a great finger food to go with some mayonnaise dipping sauce for both adults and kids. This dish has to be served hot while the so that you can take the crispness of the wonton skin and the juicy filling in it. 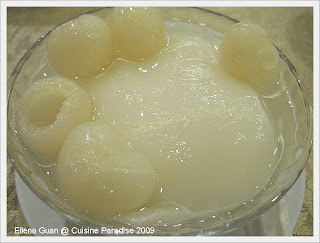 Lastly, after all the steam and deep-fry food, it time to settle with something sweet to end with the meal. My in-laws are having "Black sesame paste - 芝麻糊" while me and my sis-in-law each grab a bowl of this "Almond Jelly - 杏仁豆腐" with Longan. The taste of this almond jelly is light for those who don't really keen with the Almond taste/fragrance. But to me, I still prefer those with a stronger almond taste flavour.