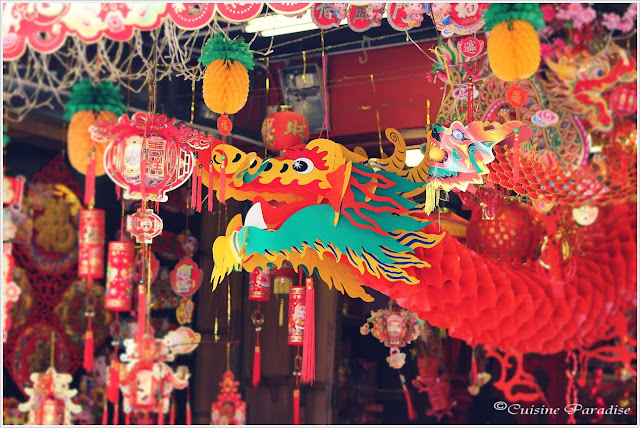 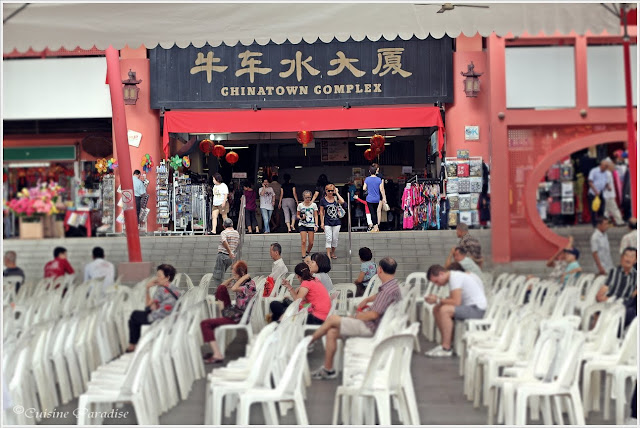 This Luna New Year would be the year of the Water Dragon and there would be with traditional Chinese lanterns and colorful street lights together with street performers and acrobats like lion dancers to buzz up the lanes in Chinatown. 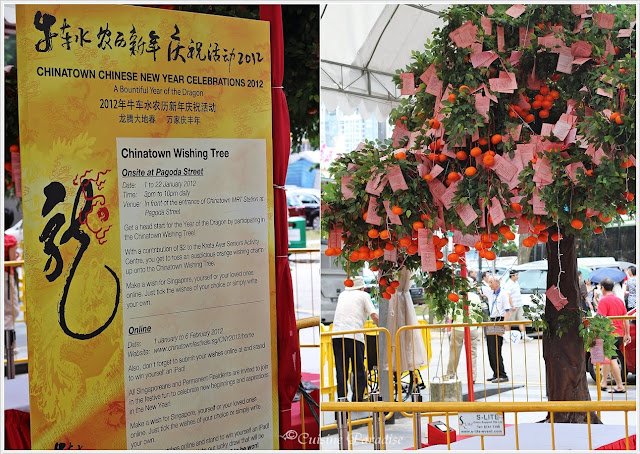 Make your New Year wishes come true at the Chinatown Wishing Tree this Spring Festival! You can try your hand at tossing a mandarin orange wishing charm onto a lucky banyan tree at Chinatown. 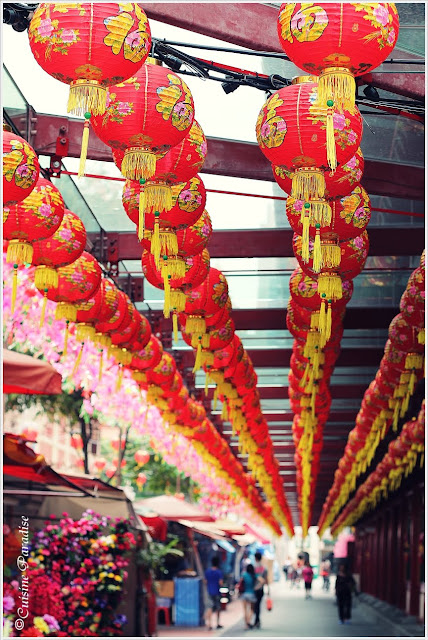 The Lunar New Year bazaar stalls occupied the lanes from the Pagoda Street, Smith Street, Sago Street, Temple Street and Trengganu Street within Chinatown. Below are some of the photos showing the auspicious New Year goodies and the bazaar stalls at Chinatown. 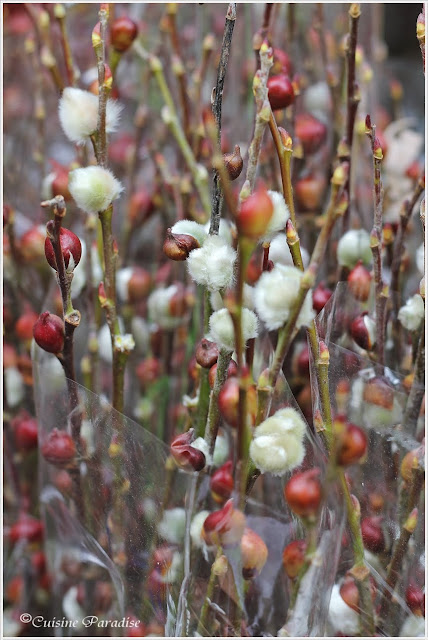 Pussy willow or also known as Ying Liu has fluffy white blossoms which resemble silk with the color of green jade. And majority of the Chinese enjoy such signs of growth which represent the coming of prosperity. 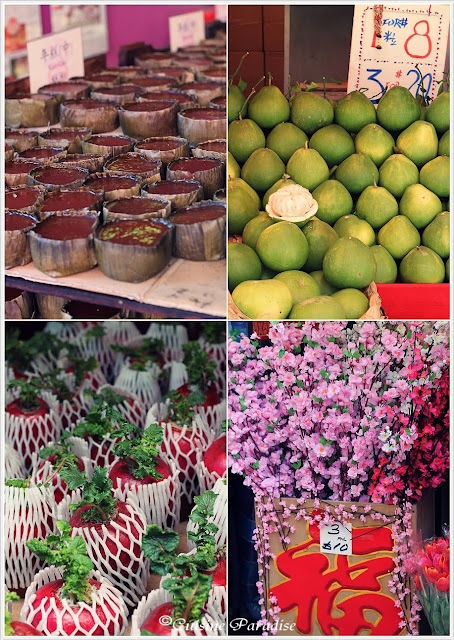 Cakes such as "Sticky Rice Cake - 年糕" which symbolizes a rich, sweet life plus "Pomelo - 柚子" in mandarin word "柚子" sounds like the word for "to have" and "Red Radish" symbolizes auspicious beginning and etc. 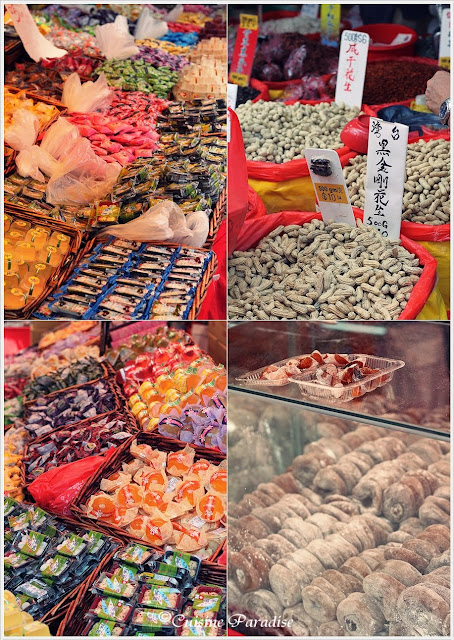 All sorts of sweets, puddings, jellies, peanuts, preserved persimmons and etc which is must to purchase during New Year. 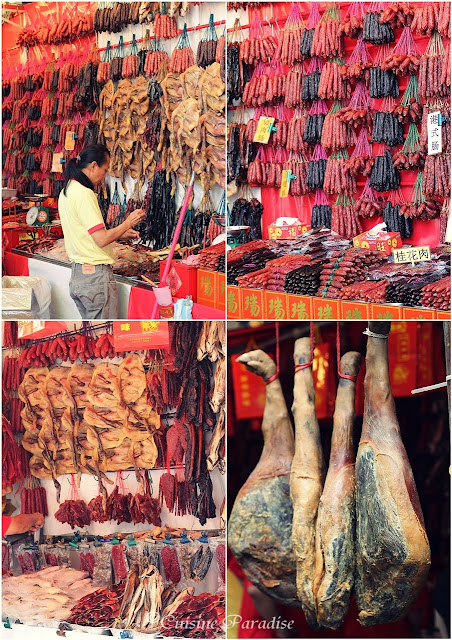 Stalls selling waxed meat products such as sausages, waxed meat, waxed duck and etc which most of the household used it to braised delicious dishes during Chinese New Year gatherings. 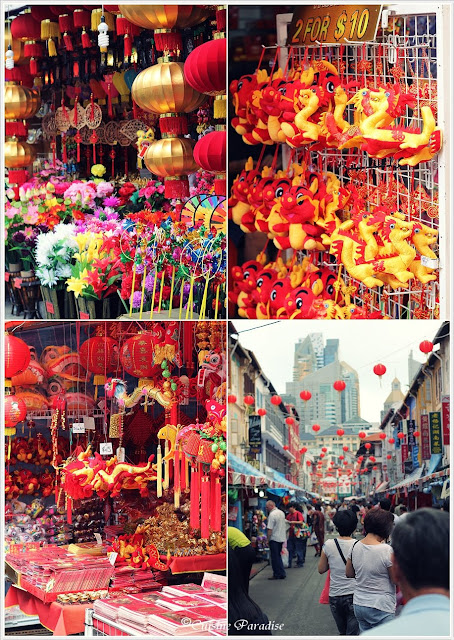 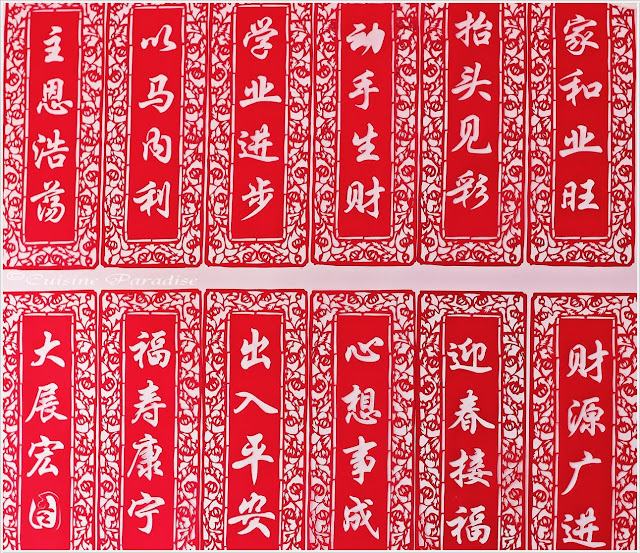 In conjunction with the 2012 celebrations, the festive Bazaar runs from December 31 2011, opening from 6pm to 10:30pm daily till January 22 2012.(some stalls starts around NOON time during weekends too) And during Chinese New Year Eve, the Bazaar would extends its operating hours to 1.00am.

To avoid heavy traffic around the Chinatown area, you could take public transport as such the MRT and alight at Chinatown station.