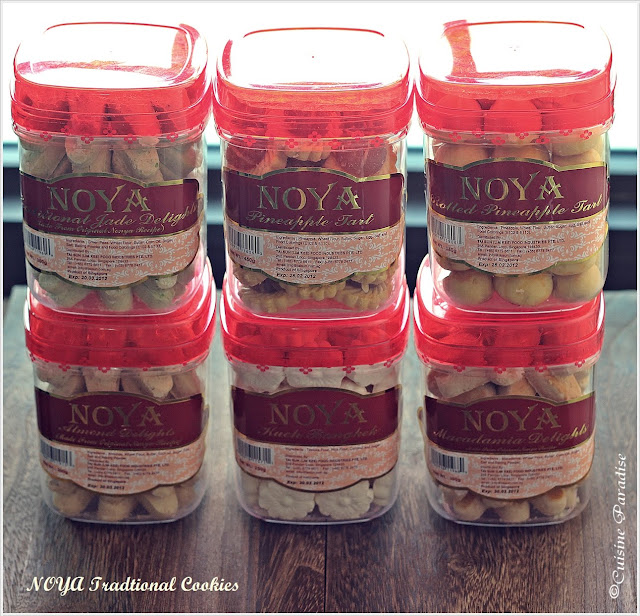 Every year about a moth before Chinese New Year you would be able to see a lot of these so-called Chinese New Year cookies at bakeries, supermarkets and etc. This year we are delighted to receive some early New Year goodies from NOYA (Tai Sun (Lim Kee) Food Industries) which we could try out some of their products that are on sales at major local supermarkets such as Cold Storage, FairPrice, Giant and etc. 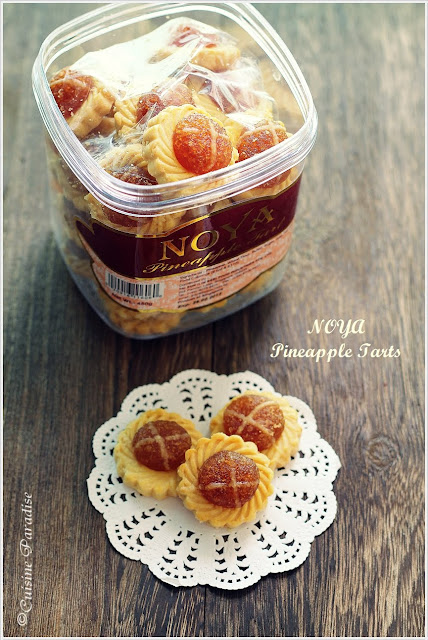 Traditional Pineapple Tarts (380g | S$10.80/jar) with good balance of base and golden pineapple jam on top. We love the taste of the pineapple jam which is not too sweet and without those commercial artificial taste. 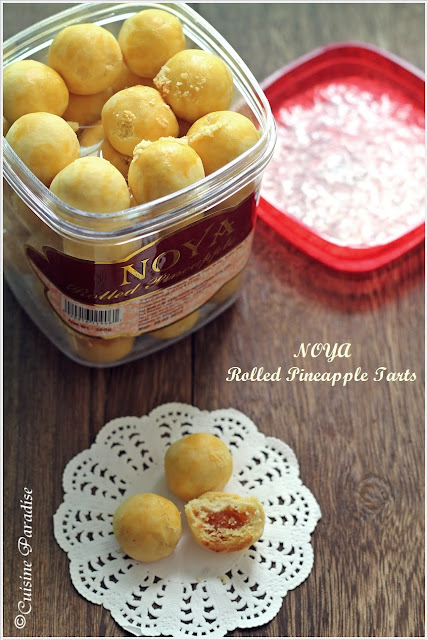 Rolled Pineapple Tarts (380g | S$10.80/jar) with good proportion of pastry to fillings and each is coated with golden glazed layer to enhance the buttery taste of the tarts. If to make a choice between the two types of Pineapple Tarts, my vote would goes to the one with pineapple jam on top of the pastry as I felt it taste much better compared to the rolled type. 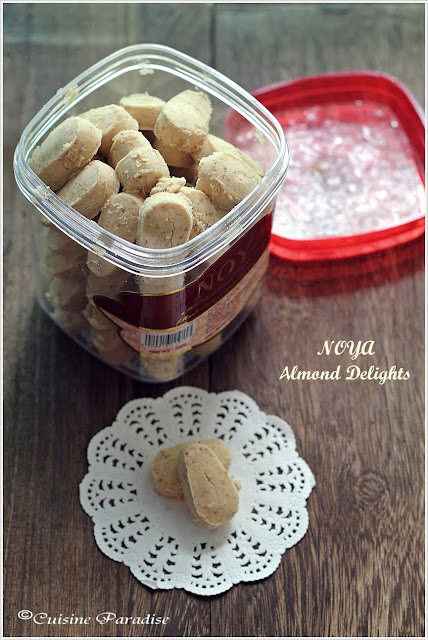 Personally I love those round Almond cookies from Hong Kong or certain pastry shop whereby the cookie will melt in your mouth when eaten. But this Almond Delights (300g, | S$10.80/jar) from NOYA was rather special with a after taste of sweet and salty mixture that makes you crave for more. And for your information this is also one of NOYA bestselling signature cookies which made from Tai Sun's premium USA Almond. 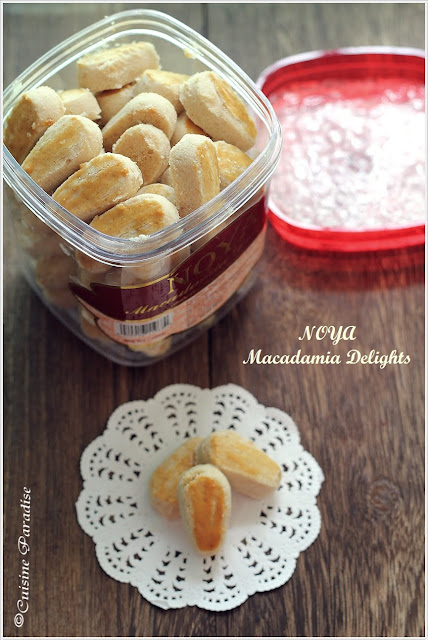 This Macadamia Delights (300g | S$11.80/jar) has a slight crunch on the outside and a lovely creamy texture inside which made from top-quality of macadamias nuts from Australia. Furthermore the few of us who had tried all comes to a conclusion that this cookie has a very special taste which is quite similar to Horlicks . 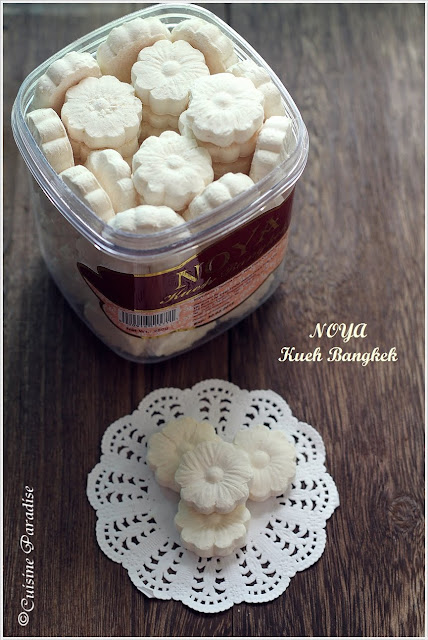 The Kueh Bangkek (250g | S$6.50/jar) on the other hand was rather a bit disappointed for my taste as I was expecting something more fragrance with those melt-in-mouth texture. Although it has a light pandan fragrant but I think the taste could be better in order to bring out that traditional taste. 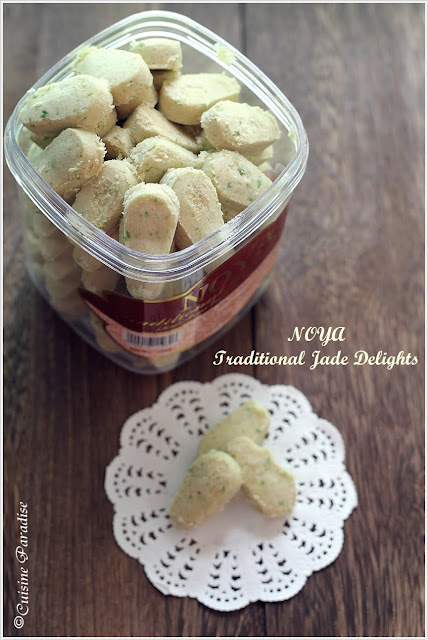 Traditional Jade Delights (300g | S$8.90/jar)  are actually green peas cookies in pale green colour which resembles Jade. I love the nutty and buttery flavour which comes with hint of salty taste lingering in your mouth. 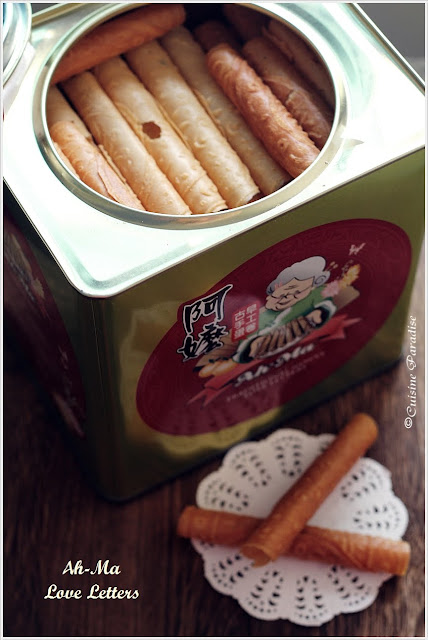 Ah-Ma Love Letters (400g | S$11.80/tin) comes in those old school tin can and each piece of the Love Letters are made with traditional recipe using cane sugar. Although they are light and flake but to us we think it still lack of some coconut fragrance.

Lastly I would like to thank Esther from Tai Sun who sent us these lovely NOYA traditional Chinese New Year Cookies.