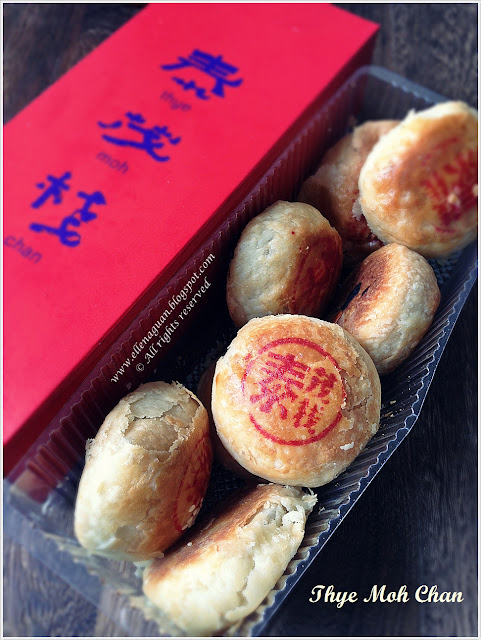 I love Tau Sar Piah especially those Traditional Salty Tau Sar Piah which is infused with fragrance fried shallot aroma that binds together wtih blend mung bean paste. Since my in-laws are staying in the East side, my mother-in-law used to buy my favourite Tau Sar Piah from Thy Moh Chan Cake House which was previously located at Geylang Lorong 27 until it closed for retirement during September 2011.

But about a year after it closed for business, this well-known traditional tau sar piah was bought over by BreadTalk ground and it was relaunched again in December 2012 with it's main outlet at Chinatown Point and another retail at Parkway Parade's Food Republic.

While staying true to original recipes the relaunched Thye Moh Chan also brings in new flavours which is tastefully packaged in contemporary style too. And on our first visit to the new outlet, I decided to grab a box of 8 pieces (S$10.80) with mixture of traditional and new flavour to satisfy my craving on missing their Tau Sar Piah for a year.

On top of the all time classic flavour, they also add in new innovative fillings such as Cranberry, Spicy Pork Floss, Salted Egg Yolk, Assorted Nuts and etc. I have tried the Cranberry Tau Sar Piah but for me it don't think the taste blend  well (too sweet) with the traditional fillings but I would still like to try their Yuan Yang which is a pairing of savoury bean paste with spicy pork floss and salted egg. 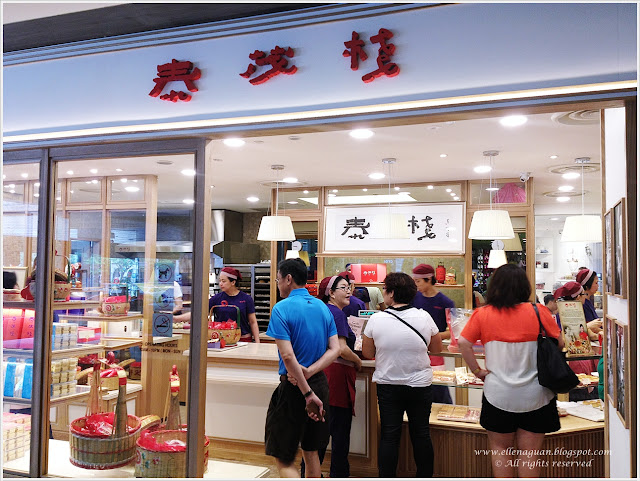 For me to find and able to eat my favourite Tau Sar Piah again is definitely something good to share but on the other hand because of the take over and relaunched the price of the pastries also increase as compared to those sold in the old outlet.