Located within Block 69, Geylang Bahru Food Centre, Chong Pang Chong (忠邦忠) is one of the franchise outlets of Chong Pang Huat (忠邦发). The stall is facing towards the open car-park together as the same row with Hainanese Pork Chop Rice and Western Food. And beside selling BBQ chicken they also provides supply of "cooked or uncooked" chicken and satay for party and event too.

So whenever I visit Kitchen Capers to get some baking items I would usually drop-by during dinner time where we could at the same time indulge ourselves with some of yummy food there such as the BBQ Chicken, Wanton Noodle or Western Food.

While waiting for our BBQ Chicken, we started off with some Chicken and Pork Satay (SG$0.50 a stick, minimum 10) which served with rice aka kuetupat (SG$0.50 each), sliced onion, cucumber and a bowl of peanut dipping sauce.

For us we preferred their pork satay which was more tender and juicy when compared to the chicken and if you were lucky you might even find luscious piece of lard in one of the pork stick too. As for the down side, the peanut sauce could have improved with better texture and taste to compromise the charred meat and I always preferred those with some grated pineapple on to top. The taste is just so good so different with the extra pineapple on it.


They have minimum order of at least 2 pieces for the BBQ Chicken Wing (SG$1.20 per piece). And for customers convenience, the wings were cut into halved (drumlet and mid-joint) then served together with their special chilli and limes as accompany condiments.

The wings were nicely marinated and the perfect grilling skills also add a delightful smoky taste without burning the skin or causing the meat to be too tough or dry. Overall it has a nice and slight crispy outer skin where you could enjoy it on its own or dipped with the chilli sauce. Oh! Before that remember to squeeze some lime juice over the wings also also beware the "spicy" chilli sauce that might put your tongue and lips on fire if you cannot take spicy food!

For a more meaty choice, Spring Chicken (SG$8) on the other hand would made a great dinner adds-on especially on busy weekday night. And similar to the wings, these fresh spring chicken are marinated for hours in order to achieve a perfect taste with their in-house blend of seasoning and spices. Although more orders for chicken wings (according from what I saw) but their spring chicken also selling fast especially popular among housewife who join the waiting queue.

Above were the 3 items which we ordered during our last visit and I am still thinking of their yummy chicken wings with the accompany chilli sauce. 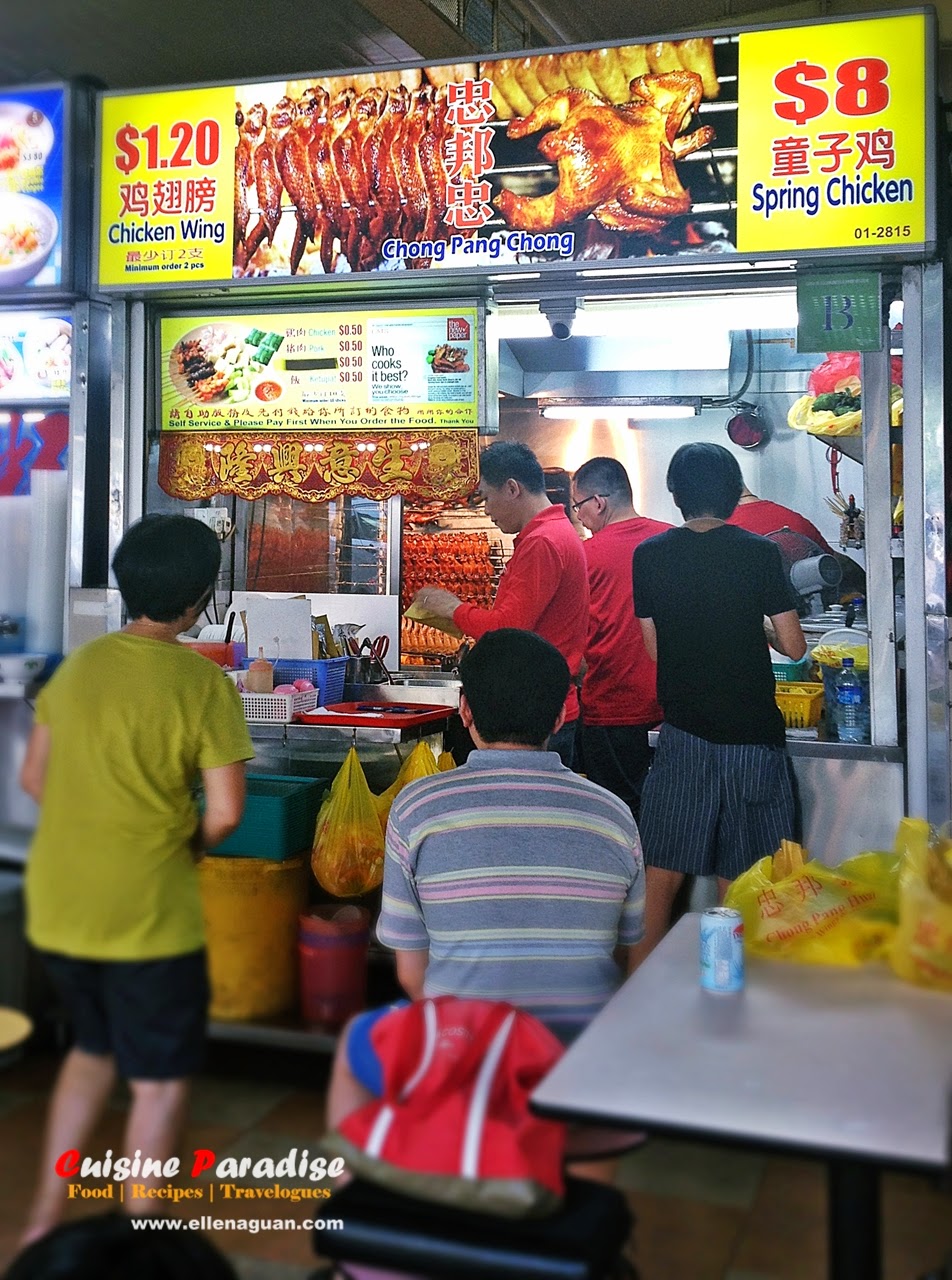