Recently I am in love with two health-giving fruits which are Avocado and Lemon because I use them to prepare my daily "must have" beverages such as Avocado Milkshake/Smoothie and Honey Lemonade. With my new found love, I also decided to venture into more recipes by including them as one of the key ingredients. Therefore I hope the 3 avocado recipes (2 recipes using Philips Airfryer) shown below would be useful to add into your existing methods of consuming this super fruit. 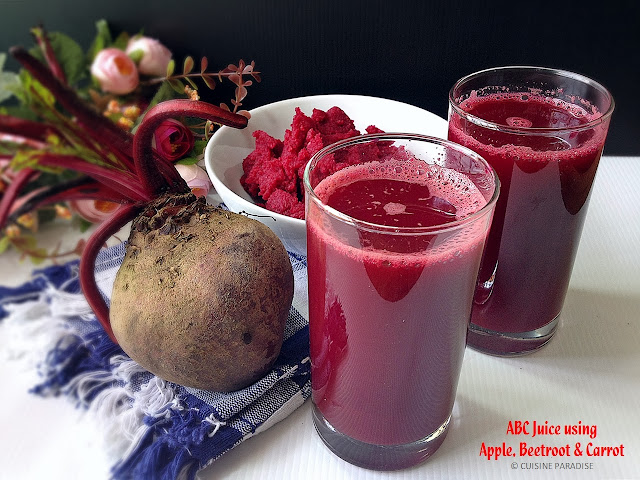 For those who dislike the “raw” taste of beetroot you can mix it together with carrot and apple to create this miracle drink which has gained popularity all over the world due to its health benefit. To make this effortless juice, blend the three mentioned ingredients above together and consume it immediately. In addition you can also add in a splash of lime juice to enhance the taste. 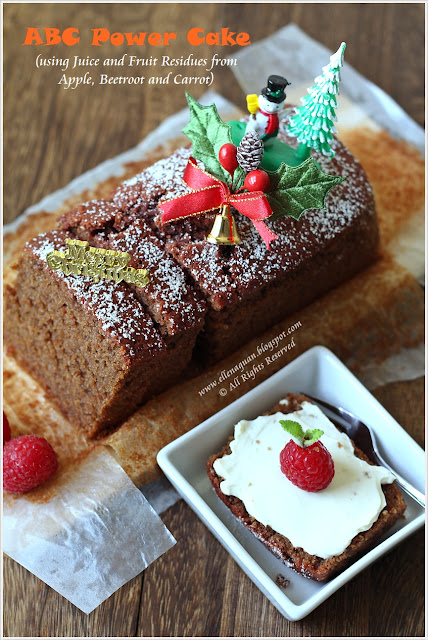 I am sure for those who love fruit juice you would probably have tried the ABC (apple, beetroot and carrot) Detox Juice during one of your orders. But other than the juice, have you ever tried any cake which is made from ABC Juice and it's residues. If NO, here is a new recipe that I would like to share with you and it might come in handy for this Christmas season.

As Christmas is approaching, I wanted to bake something which has some festive feel like Mixed Fruit Cake, Ginger Bread, Cookies or etc. And the idea of this ABC Power Cake inspired me from my Okara Black Butter Cake which I have shared sometime back. 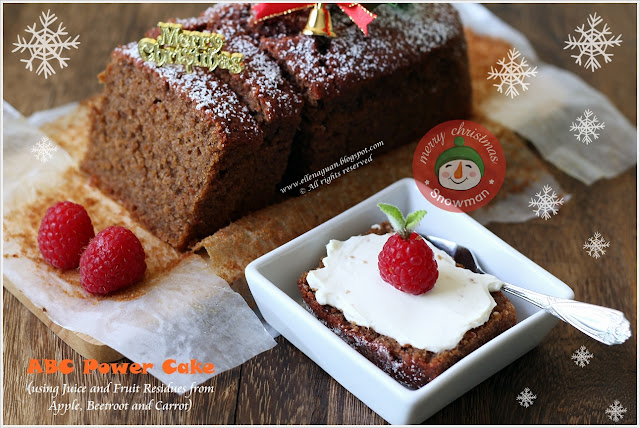 This cake has a brownish red colour tone which similar to those Christmas mixed fruit cakes or sticky date pudding which we all loved. Furthermore this cake is light and fruity in flavour as compared to those traditional Christmas bakes which are loaded with spices and dried mixed fruits or chocolate. 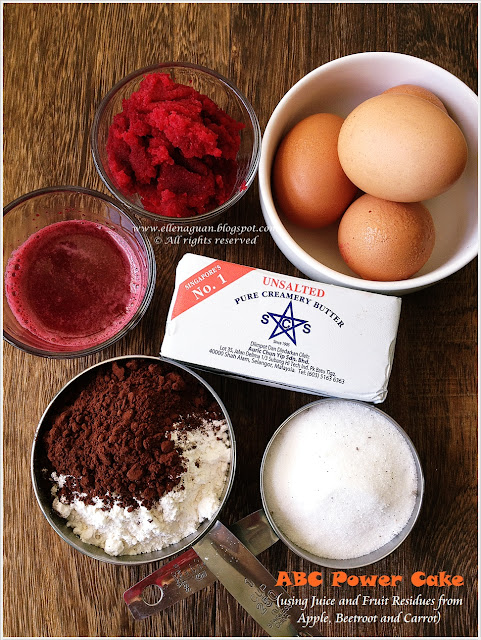 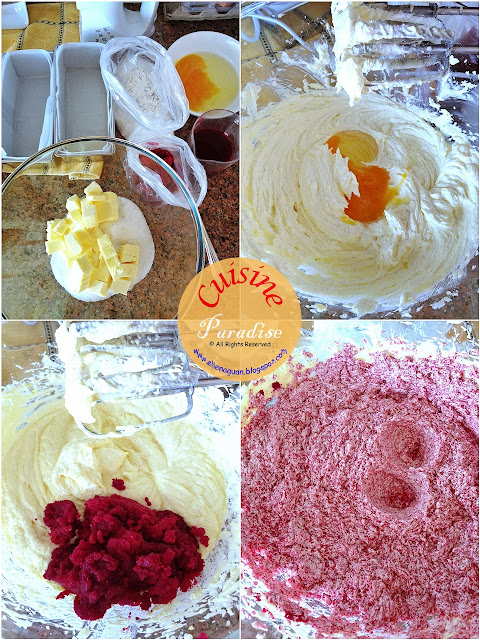 2. Cream the butter and sugar together until light and fluffy (beating with an electric mixer for about 4 - 5 minutes on medium speed).

3. Add in 1 egg at a time, beating well in between each additions. Beat in ABC Fruit Residues till combined (a few seconds). 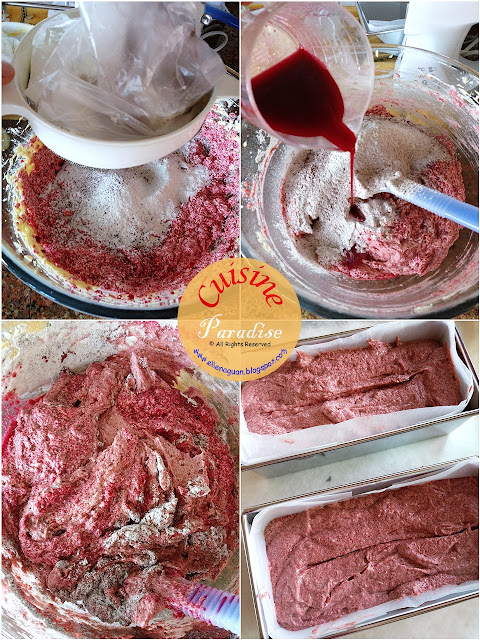 4. Using a rubber spatula, fold in half the sifted flour mixture (careful not to over-stir or beat the mixture) and follow by ABC Juice and remaining flour.

5. Divide the batter into the prepared casing, bake the cake in preheated oven for 40 - 45 minutes or until a skewer insert in the middle and come out clean.

6. When cooked, remove cake from the oven, allow it to cool completely on a wire rack before cutting. 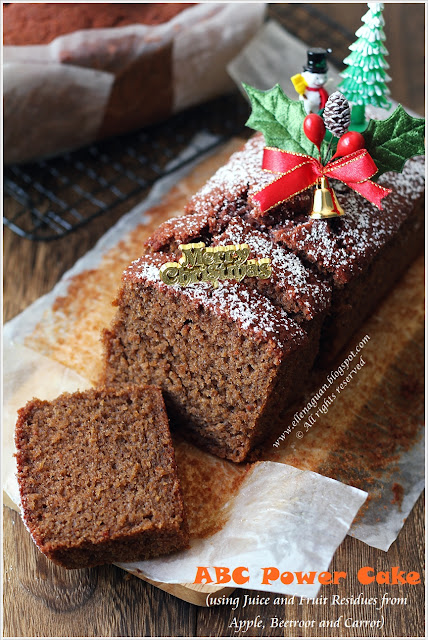 This cake is very moist and perfumed with fruity flavour and aroma from the fruit juice and residues used and with each bite you could also taste a mild beetroot flavour in it. For a change from the usual traditional Christmas bake, perhaps this power cake would be something that you would love to share with your family or friends during this festive season. And for party or potluck idea, you could even bake this in small cupcake size, dust with icing sugar and decorate with Christmas cake toppers too.