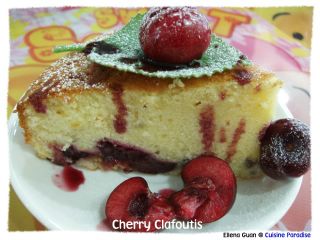 Saw this very interesting cherries recipe from Obachan's Kitchen. Since cherries are in season now, I decided to get some and try out this recipe. In the original recipe, they called for 1kg of cherries, but I only used about 500g and I already think that it's a lot. 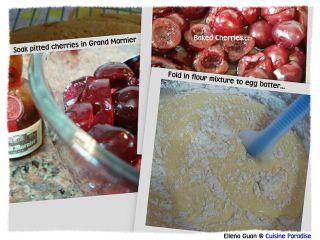 As like what she had mention, she soaked her pitted cherries in Sherry. But for my case, I soaked them in Grand Mariner(orange liqueur) to make enhance the cherries favour in a better way. 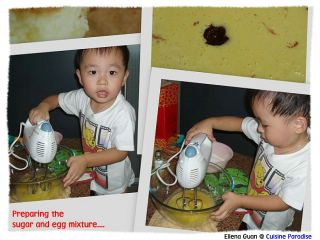 Overall, this cake is very moist and soft. It had a slightly light almond scent fragrant because of the added almond essence. But for those who is not an almond fan, then I think you should omit it or else you won't like the scent of the cake. 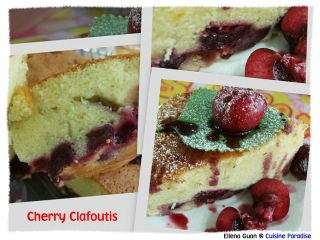 In the recipe itself, it said used 1 cup of milk for the flour batter, but I only used about 1/2 cup because I found that my flour batter is already quite watery. So if you do want to try out this recipe, please add in the milk slowly and stir until an pouring cake batter consistency.