Look at these!!!!!! I am sure you can find something you like in there, are you drooling over at your PC while wondering which item to pick for your Shabu Shabu treat :) The great new is..... You can have all of these and other extra more items at an Special Promotion price of S$28.00++ now......... 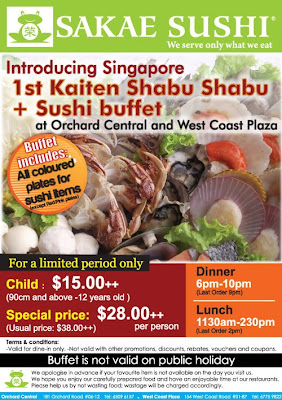 Recently Sakae is having a very good deal promotion on this Kaiten Shabu Shabu (Japanese Style A La Carte Steamboat) plus Sushi Buffet at two of their selected outlet whereby you can pick your choice of ingredients from the great varieties of list and a choice of broth from 3 of their premium soup base. 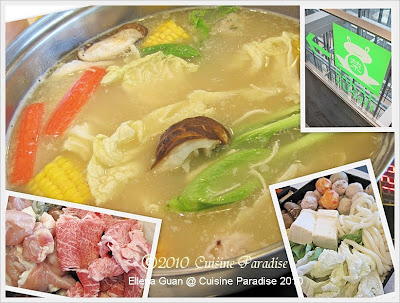 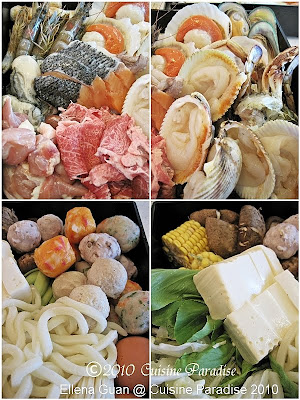 The Shabu Shabu A La Carte Menu consists of a few columns such as assorted vegetables, mushrooms, meatballs, seafood, meat, noodles and etc. You can select any or all items from those columns but except only 1 type of broth. Look at all these ingredients; we are so shock to see that they are so generous on the servings which is meant for 2 person.

The ingredients are arranged nicely in two well presentable trays whereby they separated the vegetables, meat and seafood accordingly. We have some lobster meatballs, cuttlefish balls, tofu, assorted mushroom and vegetables, udon and etc. 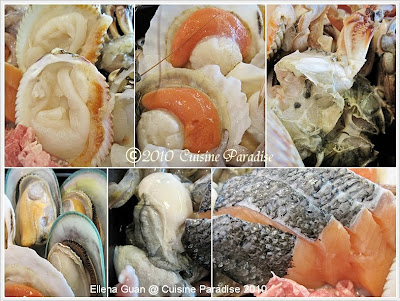 Overall we are delighted with their prompt services as well as their seafood selection which was relatively good and fresh. We ordered the huge clams, half shell scallops(with roe), flower crabs, mussels, oyster, salmon, prawns and etc. Most of it are great except the prawn and flower crabs which don't seems to have any "meats" but they do act as an extra flavour to sweeten the broth. 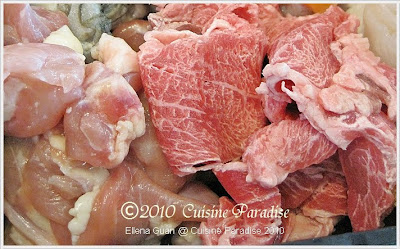 For meats, we ordered some chicken and beef shabu shabu slices. I love their beef slices which is so tender and fresh with no odour and with a very nice colour texture of red and fat. And don't forget other than all those fabulous food above, we are also entitled to enjoy all the normal colour plates from the Sushi Buffet(except for the pink and red plates).