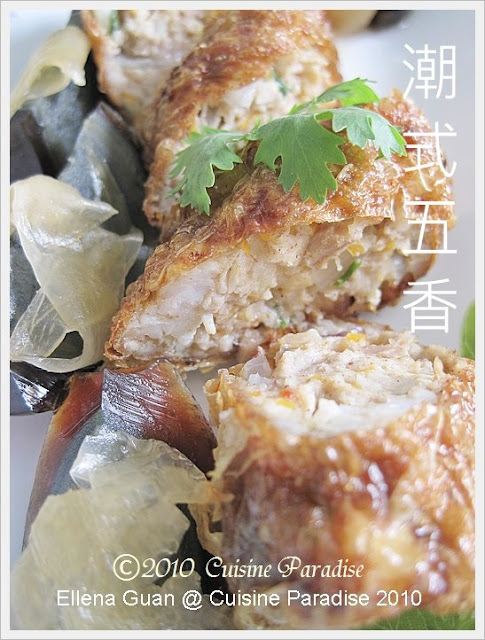 In the past, making "Ngoh Hiang - 五香" is always one of my Dad specialty dish. During festive occasion such as Chinese New Year he and mum would make a huge quantity to distribute to our relatives or served it to those who visit us during New Year. But now when he is no long around, we don’t really get to eat this special treat as often as we do. 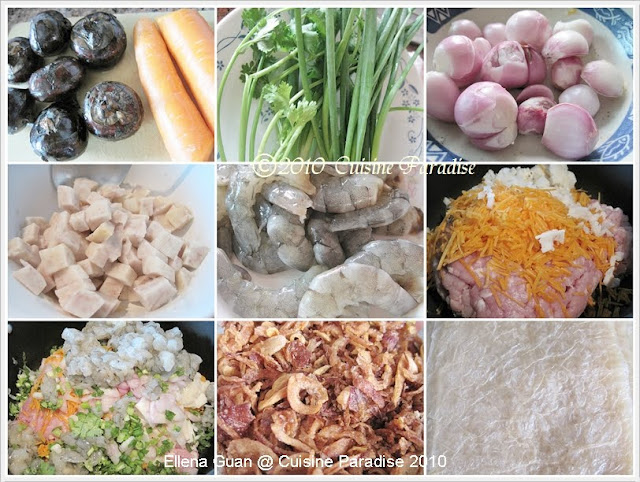 As the process of making Ngoh Hiang is rather tedious and time consuming due to the variety of ingredients, mum has not being making it for a long time. But finally she is making it today after much pestering from me and my brother. So while helping her with the preparation, I decided to note down the recipe and share it with those who is interested too.

From the photo above you can see that making this dish requires a list of ingredients such as prawns, minced meat, water chestnut, yam and most important the beancurd sheet for wrapping the ingredients. And for this Teochew style of Ngoh Hiang, yam (taro) is actually added to enhance the flavour and texture of this dish. 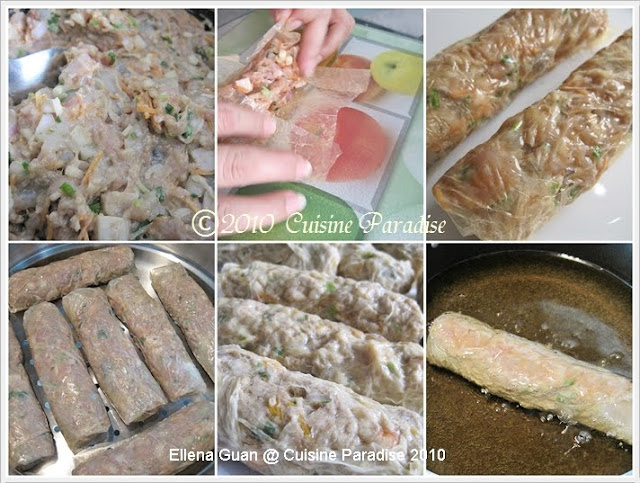 "Five Spice Powder - 五香粉" is another important ingredients for making a good ngoh hiang. This spice is blended with 5 different type of spices such as "Cinnamon", "Cloves", "Peppercorns" and etc. By adding this it gives a special fragrant and taste to the meat roll. For more information and photo of this powder, click here.

Method:
1. You can cook the diced yam either by microwave it on Medium High 3 minutes and give it a stir after each minute or steam it over the stove on medium heat for about 5 minutes till slightly soft to touch. Set it aside to cool off.

3. Mixed all the ingredients together with the above-mentioned seasonings preferably by hand to bind everything together. (the final mixture will be a bit sticky and dry, if it is too wet, add in more flour/butter crackers to bind it)

4. Leave the combined ingredients in the fridge for about 20 to 30 minutes to rest the ingredients and let it developed a better flavour before wrapping.

5. After settling the ingredients, use a damp cloth to slowly wipe off all the surface of the dried beancurd sheet to remove excess salt and oil on it so that the end products will not taste too salty.

6. Next fold the clean beancurd sheet into quarter rectangles, then cut each long rectangle into another 4 small equal rectangle which makes a total of 16 small individual sheets of wrapper.

7. Spoon meat mixture into each beancurd sheet and wrapped tightly like a spring roll, leaving the seam side facing down.

8. While rolling half of the portion, heat up the steamer, brush a thin layer of cooking oil on the steamer rack before arranging the Ngoh Hiang on it so that they won't stick on the rack after steaming.

10. After steaming leave them to cool off before freezing them for later consumption if you are not going to finished all of them in a day or two.

11. When the Ngoh Hiang is cooled, heat up a pot with suitable amount of oil, deep-fry the Ngoh Hiang on medium low heat till both side turn golden colour then increase the heat to High and fry for a few second before removing it and drained well.

12. When it is slightly cooled off, slice them diagonally with a sharp knife into thick chunks then served it with some sliced century egg and pickled ginger to enhance the flavour.

Tip:
1. You need to use a damp cloth to wipe off the salt and oily surface from the dried beancurd skin before wrapped so as to reduce the salty taste of the Ngoh Hiang. 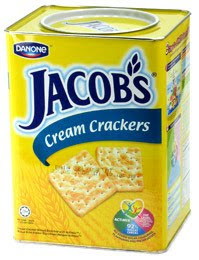 2. You can use either plain flour or "Butter/Cream Crackers"(which gives more flavour to the dish) to bind the ingredients together before wrapping.

3. If you are using Butter Crackers, placed them in a ziplock bag and pound it with a rolling pin if you do not have any mortar and pestle at home. 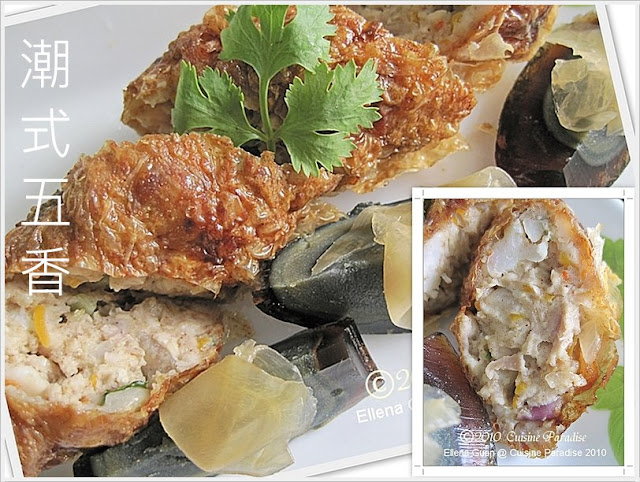 Whenever we had this dish, it will always bring back some of our childhood memories and it reminds us of our dad and his special homecook dishes. We can never forget the taste of this homemade Ngoh Hiang which we love it so much because it is full of love from the one who prepares and makes it.

Thank God that I have a chance to learn from my mum the ingredients and steps on making our favourite dish that might be vanish one of these day if she is no longer around. Furthermore I must admit cooking and learning from mum is actually another way of bonding our relationship too.
Posted By: Cuisine Paradise