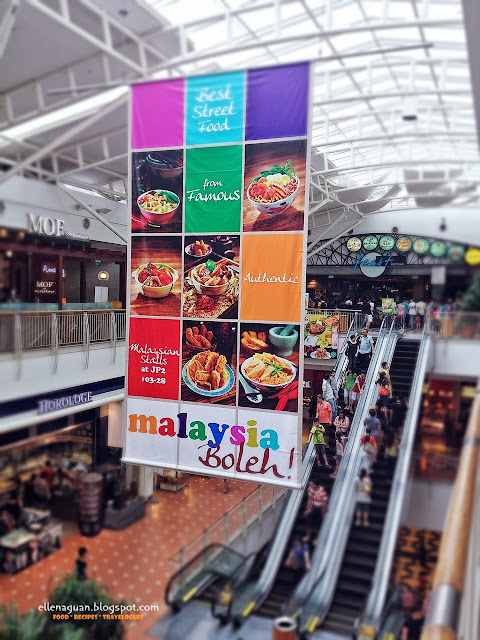 Malaysia Boleh is one of food source located in Jurong Point Shopping Mall that offers local Penang street food such as Hokkien Mee, Char Kway Tiao, Chendol and etc. The interior of the place was renovated to look alike outdoor food street with small wooden tables, chairs and fake windows which are quite similar to the Malaysian Food Street at Resorts World Sentosa.

We visited this place sometime back to try out their "well-known" street food and below are some of our views. 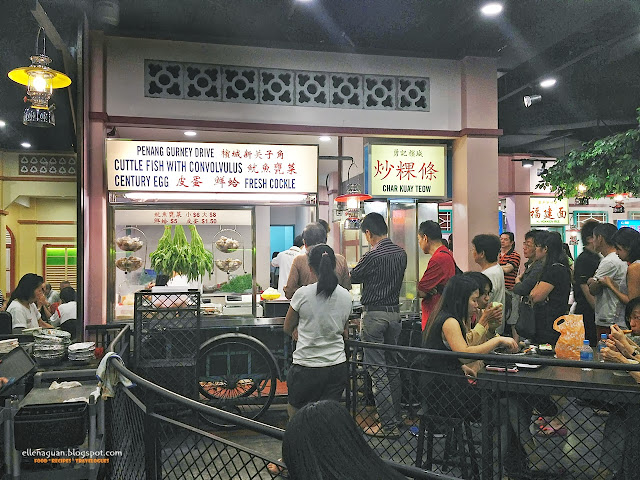 This food place was opened sometime last year (2012) October at level 3 of the new extension mall but their space was rather small and the queues were crazy long especially during weekend or sometime even after lunch hours.

The wanton noodles were mixed with some oily dark sauce together with decent amount of deep-fried crispy pork lard at the side to enhance the flavour with hint of traditional street food taste. But on the other hand, their wanton (meat dumplings) was relatively until you hardly feel that there was fillings within the skin wrappers.

As for the Claypot Chicken Rice, overall the rice was still quite fragrant with some decent amount of chicken pieces together with salted fish and dark sauce. Even though this might not be the best claypot rice in town but somehow it can still not a bad choice for cold raining weather.

Penang Char Kway Teow is another popular stall at Malaysia Boleh where we witness their never ending queue during our 1.5 hours there. For us, there was nothing to be "wow" about for this dish except it better in taste than the Fried Hokkien Noodles shown below.

Upon seeing the crowd for KL Hokkien Mee we also ordered a S$4.50 plate to try out. This version is different from the usual "white" Hokkien Prawn Mee that we used to see in hawker centre of food court.  The KL version used a different kind of noodles instead of the yellow noodles we often had and it is cooked with sweet soy sauce, cabbage, sliced meat and prawns.

It taste quite good when eaten hot but then we felt it is kind of expensive with its miserable serving portion and ingredients.

After having some savoury dishes, we also tried their well-known Penang Chendol. For the price of SG$2.00 it comes with generous amount of red beans, green starched noodles as well as a good drizzle of gula melaka syrup which enhance its overall taste.

You can easily spot the Fried Fritters stall near the entrance of the Malaysia Boleh and they have quite a range of items such as Fried Durian, Banana, Green Beans, Jackfruit, Nangao and etc. We bought the durian, banana and green bean flavour and they taste quite good with crispy crust and yet not too oily when eaten. 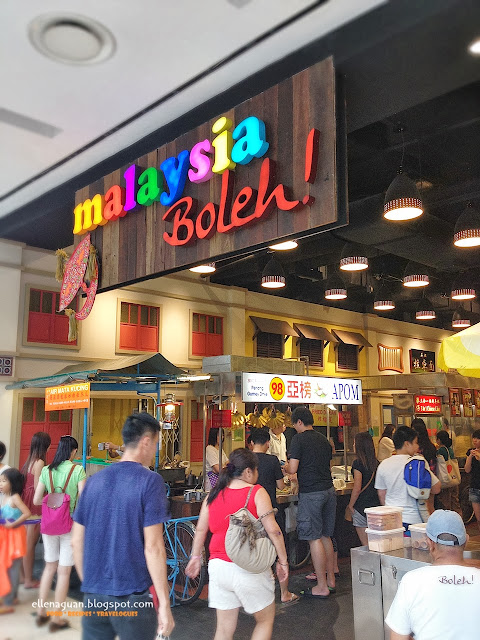 Overall it's an experience to visit Malaysia Boleh to some of their local street food (but might not be as authentic as those in Malaysia) for at least once. But just a note the price of some of the dishes  might be slighter higher for the portion and quality that you are paying for.